This week on Episode 499 of Priority One Podcast: We Trek Out the marketing machine for Paramount+ and how it might affect Star Trek, and how a community initiative spotlights the ways Women Make Trek. In Star Trek gaming, you’ll soon get your hands on that Voyager-J in Star Trek Online, as seen in Star Trek Discovery, and Star Trek Adventures updates some table-top goodness.

Of course, as always, before we wrap up the show, we’ll open hailing frequencies for your incoming messages.

CQ: After learning more about how Star Trek will help build the Paramount+ catalogue and how they might handle new releases of Trek, are you sold on Paramount+?

If you use Twitter to stay current with Star Trek news, then last week your phone probably blew up when the Hageman brothers dropped an image of what appears to be the six main characters of Star Trek: Prodigy. The upcoming animated series was originally slated to premiere on Nickelodeon, but has since been moved to become a Paramount+ offering, only to be rebroadcast on Nickelodeon after the first 10 episodes are released on Paramount+. 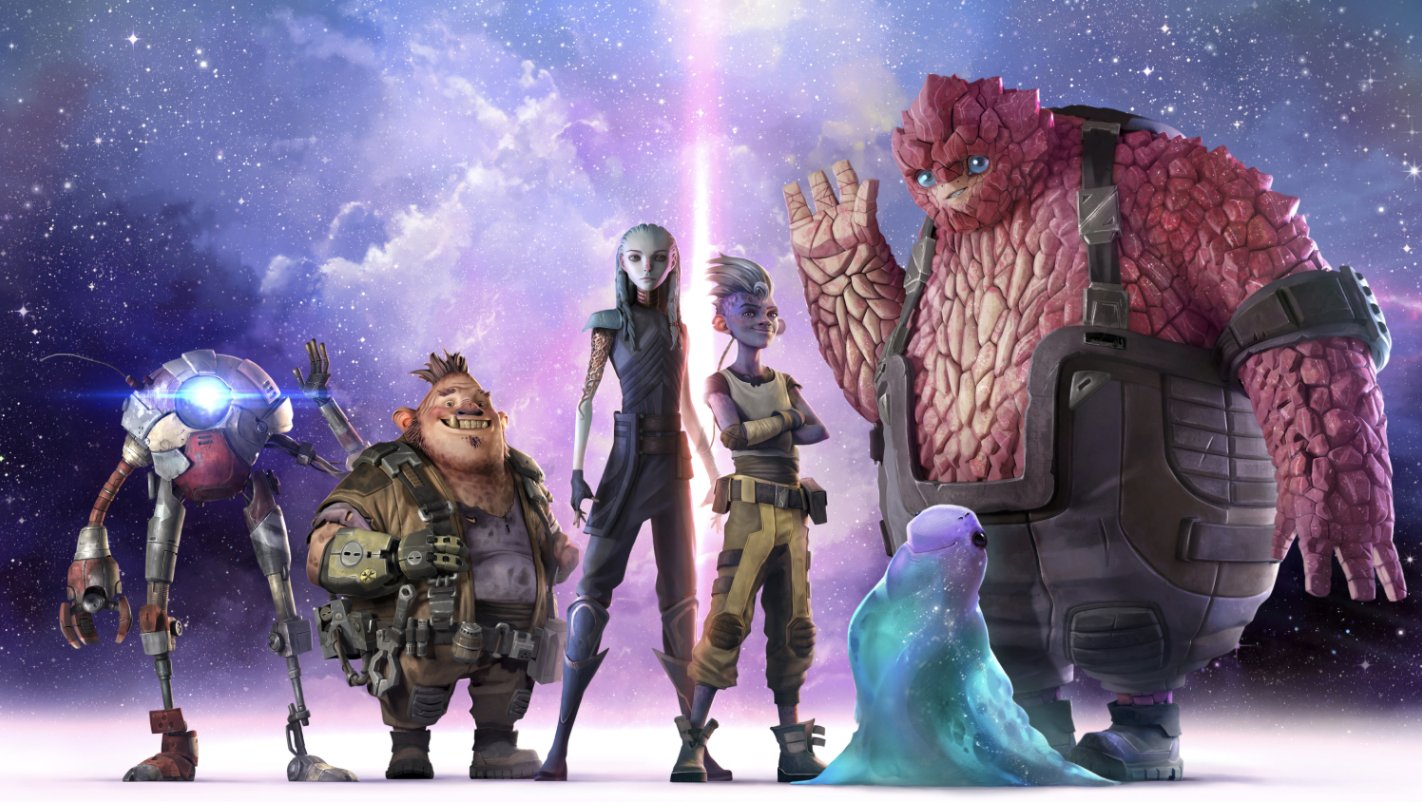 Moving on, in their “Investors Day'' presentation on Wednesday, Feb 24th, Variety reports the move is part of a greater strategy according to Paramount+ programming chief Julie McNamara who said, "there is a kind of franchise strategy, which is the notion that if you execute new versions of this really strong IP that you have, well, you’re going to drive people across the paywall." McNamara also explained that the decision to move Prodigy to a Paramount+ premiere came from data they analyzed from CBS All Access showing "...subscribers who watched ‘Trek’ shows also watched Nickelodeon’s animated series ‘The Legend of Korra.’”

But, what about Section 31? Well, according to Kurtzman and McNamara, they’re still in "conversations." Variety’s Adam B. Vary reports that, "they emphasized that the current five-series slate [Prodigy, DISCO, Picard, Lower Decks, Strange New Worlds] will likely not expand further until at least one of the shows runs its course." 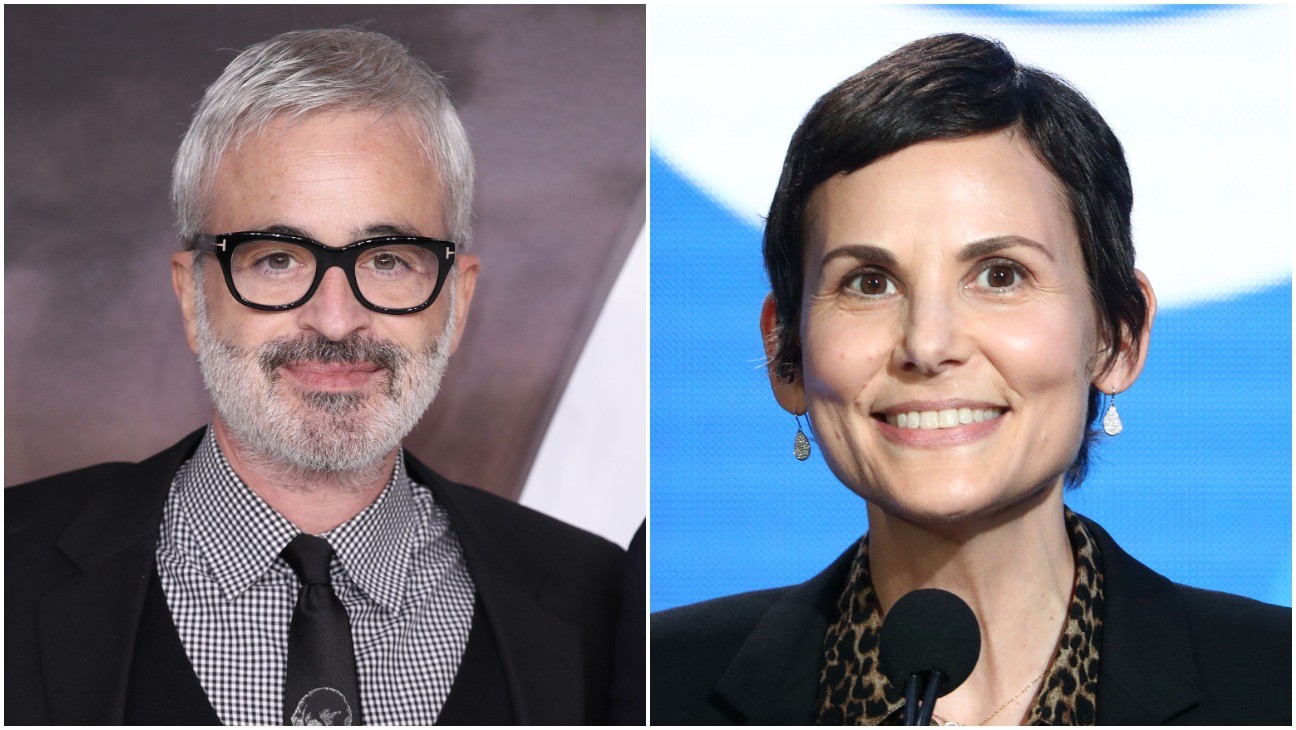 But unlike the Marvel Cinematic Universe, and recent plans for the expansion of the Star Wars franchise on Disney Plus, don’t expect these Trek series to be unfolding within a closely knit storytelling universe. “We’re aiming to have our shows feel unique and different from each other,” Alex Kurtzman, the overall executive producer for the Star Trek universe, tells Variety. “We want to give everybody a reason to watch each show.” Kurtzman also told the Hollywood Reporter, “Whatever we do next is probably going to be in different timelines and different areas of the universe that haven't been explored before; a show that hasn't been dedicated to them yet.”

So tell us what you think, Captains:  After learning more about how Star Trek will help build the Paramount+ catalogue and how they might handle new releases of Trek -- are you sold on Paramount+?

Lower Decks On Blu-ray (For Personal Use!) Speaking of animation: if you’ve been eager to get your hands on the Blu-Ray release of Lower Decks, then the wait is almost over! StarTrek.com reports that Season 1 will be released onto Blu-ray, DVD and limited edition steelbook on May 18. The release will–of course–include lots of special features like looking into the Easter eggs, commentary, deleted scenes and more! You can pre-order your copy on Amazon now.

I am sure I am not alone when I say “I love the women of Star Trek”–and how do I know that I am sure others feel the same way? Well Trek out the website womenmaketrek.com to feast your eyes on some amazing artwork displayed there. The creators of the website, Laz Marquez and Heather Rae, explain on the site that they want to honor those women from Star Trek that inspire people. The artwork featured includes posts from artists that share how these powerful women have impacted their lives.

The Mark One Holodeck

Microsoft is really really trying to be one of the cool kids who brings a star trek technology to life. Motorola brought us a flip phone. A bunch of Kickstarters have tried the tricorder thing. But the corporation who brought you MS-DOS and “X-Box X series X to the X power” wants to be the company that makes you into a being of light! No, it’s not a weird ascension ritual. It’s the Mark One holodeck. And just like you can’t go from plasma rifles straight to phasers without first stopping at phase pistols, we Earthlings have to make a quick stop between Zoom–uh, Skype–meetings and the holodeck.

Microsoft has decided to call that midpoint the “Holomesh.” It’s the next step in their “augmented reality” technology, which blends the virtual with the real. While the demo concentrated on Pokemon Go and James Cameron’s underwater research, the everyday use case will be socially distanced virtual collaboration with co-workers and virtual objects. So, while a Klingon fitness training regimen complete with pain sticks and forcefield Nausicaans is still on the drawing board, maybe you’ll be able to argue grand unification theory with Einstein by 2024.

Captains, if you watched the DS9 documentary and wondered “hey, how about one for Voyager?” Then wonder no more! The same production team that brought you the DS9 doc and “For the Love of Spock” have already hit their funding AND stretch goals with–at the time of this recording–over $500,000 raised. And that’s with 29 days left to the Indiegogo campaign! If you want to contribute and get some swag for your support, then head over to the Indiegogo campaign.

There's Coffee In That Infinity Pack

Sorry, wannabe Red Angels: time travel will be forbidden by 3189, forever consumed by the Blender of Canon. Writers of the 32nd century will never know the thrill of making characters say how much they hate temporal mechanics. But nothing–not the Temporal Accords, not Q, not even ViacomCBS itself–is more powerful than our appetite for new ships. Cryptic provides what Kurtzman denies, as STO gets its first ship from the 32nd century: the Janeway-class Command Science Vessel.

First seen as the Voyager-J in “Die Trying”, the Janeway-class represents eleven iterations on the Intrepid-class from...well, Voyager. In-game, the Janeway-class is Command-first and science-second, with the Inspiration mechanic and a Commander Sci/Command bridge seat. It also has a secondary deflector, other standard science vessel capabilities, and a Lieutenant Universal/Miracle Worker seat. After all, when your fleet apparently only has a dozen ships, you have to make the most of them.

A Photonic Cannon console cloaks you and spawns a short-lived pew-pew pet to handle the dirty work. The Enhanced Cloaking Integration trait adds hull restoration and maneuverability when entering cloak, and Firing Cycle Haste when leaving it. Finally, the 32nd Century Phaser Weapons offer both a minty fresh taste and possibly–possibly–one of the best procs ever. These weapons may cause both immediate and overtime boff cooldown reductions, giving your Aux2Batt build’s Technician doffs a well-earned breather.

It's All Gone To Pieces

Is there anything about the Janeway-class that doesn’t get us jazzed? Well, fans’ reception of the 32nd century ship aesthetic is as divided as the ships themselves. More to the point, this will be the game’s latest “Premium” ship. As in, Infinity Promo ship. As in, the Infinity R&D and Doff Pack Promotion running now through March 25th. If you don’t have a cool trillion in EC just laying about, then buy some packs and pray to RNGesus.

Aspiring artists of the 21st Century! On February 24th, Star Trek Adventures project manager Jim Johnson announced that he had “more STA products in the pipeline and more work than freelance artists available.” Send an email to “jim.johnson at modiphius.com” with links to portfolios, work samples, and contact information. Our shownotes also has a link to existing STA artwork, for artists looking for subject and aesthetic suggestions. Last, but not least, it’s also good news for STA players–plenty to look forward to in 2021.