As we record this episode of our show, it’s Election Night in the United States for several important political positions throughout the country. One contest, however, rises above the rest here in my home, the Garden State [my condolences–Ed.].

Which is better, Star Wars or Star Trek?

A recent poll conducted by Rutgers-Eagleton attempted to give us an answer. Lead by Ashley Koning, assistant research professor and director of the Eagleton Center for Public Interest Polling (ECPIP) at Rutgers University–New Brunswick, the school took to Twitter and Facebook to poll New Jersians on the issue. The results–well, they’re disappointing. According to the poll, Star Trek lost by double digits: 41% for Wars vs 16% for Trek among 18-34 year olds. Though the gap did begin to close, as ages started to rise.

But that’s not where this ends…New Jersey website nj.com put together a debate featuring Democratic U.S. Sen. Cory Booker and Rep. Tom Malinowski (D-7) on Team Trek, and Rep. Andy Kim (D-3) and Ashley Koning, director of the Rutgers-Eagleton poll, on Team Wars. The debate is a little over 24 minutes long, but it's a delightfully lighthearted discussion about how both franchises can be applicable to current political topics.

Another No Win Scenario for the Kelvin Timeline?

Can Star Trek 4 compete and succeed? That’s the question that Scott Mendelson of Forbes.com posed in an opinion piece about the franchise. You see, Dune has already been green-lit for its second installment due to release in October of 2023. But, the announcement of a sequel before production has even begun isn’t a first. Mendelson points to the Kelvin Timeline series of Trek movies as an example. 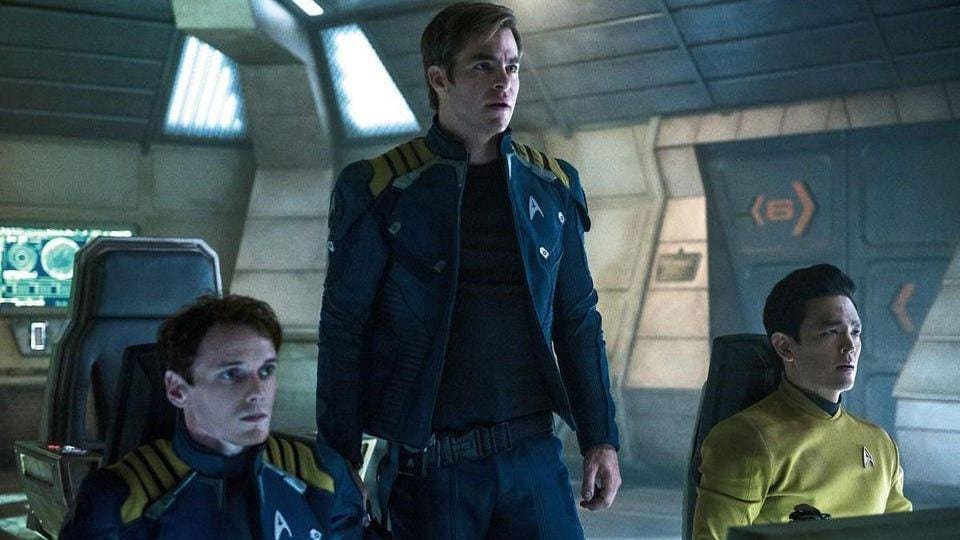 "Captain, it appears to be the timeloop anomaly known as Production Hell." Image: ViacomCBS, via Forbes.

It’s been announced time and again that we’re going to get a fourth installment, but Mendelson argues that 2023 may end up hurting the franchise like it did in 2016. You see, back in 2016 Star Trek Beyond competed against the likes of Guardians of the Galaxy and Fast and the Furious. Come 2023, it’s another round of competition with films like Fast & Furious 10, Guardians of the Galaxy Vol. 3, Star Wars: Rogue Squadron, Mission Impossible, and Shazam.

So, can Star Trek really take a foot-hold in the box office battles?

Speaking about Star Trek films, in a recent interview Alex Kurtzman and CEO of Paramount Brian Robbins spoke about Prodigy and the future of Trek, including the films. Robbins, who continues to serve as president of Nickelodeon, believes Prodigy is a perfect fit with the Paramount+’s current Nickelodeon content and Kurtzman’s other Star Trek content. He enjoyed Prodigy so much, he said he had wished they had released it in theaters as a full-length animated film. 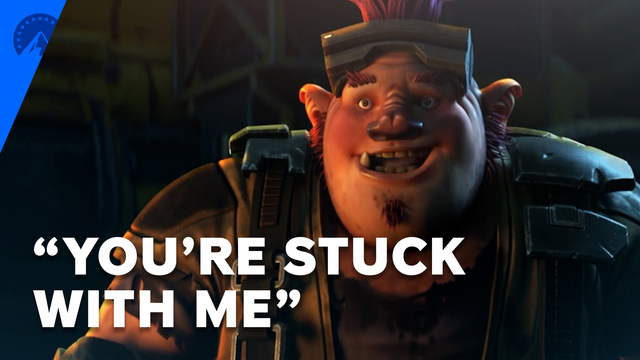 Whatever you say, Beebop. Image: ViacomCBS/Yahoo.

Robbins and Kurtzman say they are already developing projects that may include Prodigy merchandising and an animated feature film, as well as other live-action features. Robbins said, “We don’t know enough yet. We’re working on several fronts and obviously Alex is the key for the franchise [on Paramount+]. J.J. has been the keeper of the franchise on the film side. We hope that as a company that we do what’s right for the franchise altogether.”

When pressed for more specific details on said live-action film, Robbins said, “There’s a lot going on and I’m just going to leave it at that.” But even with all that he and Kurtzman go on to say that they are planning out the next decade of the franchise.

Star Trek Online is continuing to roll out Tier Six updates to starships, going back to refresh and upgrade some of the classics of the game. This week it was announced two starships are coming your way in a new Zen store bundle called the Agile Classics! The bundle contains the new Equinox and Da Vinci classes, which are tier six updates to the Nova and Sabre classes respectively. For 6000 Zen you’ll receive the two starships, as well as two Fleet Modules and two Experimental Ship Upgrades.

The Equinox Pilot Scout departs from the ship's origins, as it’s a science vessel in name only.  It sports 5 science console slots, a 4/2 weapon layout, a Commander Science/Pilot Specialist Bridge Officer seat, and can equip dual cannons. The Universal Console - Nucleogenic Ignition creates a radiation-like energy that is harmful to that ship's connected EPS conduits, damaging nearby foes and boosting hull and shields for nearby allies.  The Starship Trait–Synthetic Good Fortune boosts global Critical Hit Chance, along with increases to Starship Control Expertise. This Starship Trait also provides a passive boost to travel speed in Sector Space.

The Da Vinci is a compact starship with a 4/3 weapon layout. Classed as an escort, it’s also a Miracle Worker starship sporting a Commander Tactical/Miracle Worker Specialist Bridge Officer seat. The experimental weapon on the Da Vinci is a gatling emitter which spins up continuous fire on a targeted enemy ship until it is destroyed or can no longer be targeted.  The ship may be one to consider if you’re a fan of Beam Overload, with the new Starship Trait–Energy Overdrive. Activating Beam Overload, Fire at Will or Exceed Rated Limits will increase Beam Weapon Damage, Speed and Turn Rate for 10 seconds. At close range, a 50% Beam Weapon Damage bonus can be achieved, but even at long range, this trait still gives a 10% bonus.

When the horseshoe crabs come for their revenge, this is what they'll roll up in. Image: Cryptic Studios.

The universal console delves deep into beta-canon, drawing inspiration from the Star Trek: Destiny novels. In the novel Lost Souls, the USS Da Vinci, a Sabre-class starship crewed by the Starfleet Corps of Engineers, saves the planet Troyius from a Borg invasion by making the planet disappear. The Universal Console - Troyius Protocol, causes the starship to shunt additional power to weapons systems before activating a cloak-like effect, with a quick boost of hull and shield regeneration.

Suited To The Purpose

Announced earlier today, players are getting a much appreciated quality of life upgrade! Your captains and bridge officers now have a new Environmental Suit slot in their inventory. This will be the only place EV suits can be equipped. So, if your character was wearing an EV suit as their main armor, it has been automatically unequipped and placed in your inventory. Just place the suit in the new spot to have access to it. You’ll be able to switch between your standard armor and the EV suit at any time, choosing which stats, passives, set bonuses, and other effects you use.

For the views that (literally) take your breath away. Image: ViacomCBS, via TrekBBS.

Also, your EV suit automatically equips itself when you enter a hostile environment. If you do not have an EV suit equipped, then a default one will activate. However, this default suit has no stats at all, so you will likely wish to equip a suit in the new slot. While you’re in a hazardous area, you will be unable to manually deactivate the EV suit. But now you will also be able to activate and deactivate the lights on your suit.