This week on Episode 521 of Priority One: Star Trek: Prodigy drops several news items just as Star Trek Day nears, Star Trek Online tries to entice new players and existing players to start a brand new character, and we throw a unicorn horn on a white gorilla suit in On Screen, with Season 2 Episode 4 of Lower Decks!

Prodigy Pulls Some Great Cast Gets

The newest iteration of Star Trek, Nickelodeon’s animated series Prodigy, is making news this week with a couple of big announcements. First up: casting!  Two new actors have been added to the cast announcement with Jimi Simpson and John Noble both playing antagonist characters. According to Deadline’s Alexandra Del Rosario, Noble (The Lord of the Rings, FRINGE) will voice the character known as The Diviner: “a ruthless tyrant who controls the asteroids of Tars Lampora…and will stop at nothing in his hunt for the Protostar ship, no matter the cost.” Simpson (It’s Always Sunny in Philadelphia, Westworld, Breakout Kings) voices Drednok, “the Diviner’s deadly robotic enforcer…heartless and cold.” 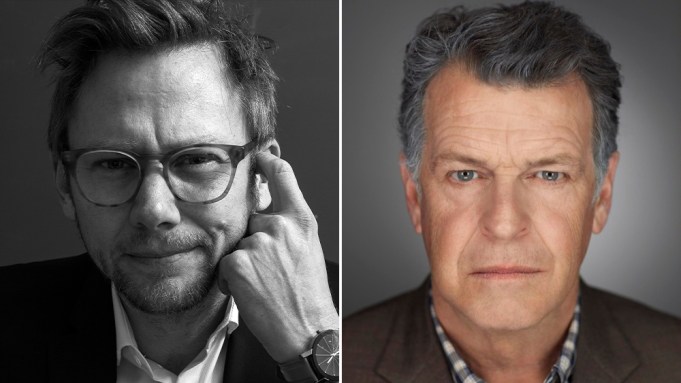 Now, if talent isn’t enough, then be sure to watch the main title sequence for the show–available now on YouTube and other Star Trek social media channels.

Lining Up The Milestones

Panels, panels and more panels are coming your way for the Trek franchise's 55th anniversary.  On September 8, the Star Trek Day celebrations will be hosted by The Next Generation’s Wil Wheaton and actress and host Mica Burton. It will feature back-to-back in person conversations with cast and crew members, with a focus at looking at what is ahead for the franchise.

One panel in particular features Anson Mount, Rebecca Romijn and Ethan Peck from Strange New Worlds, with the trailer for the event casually showing off the logo of the series. Composer Jeff Russo will lead a live orchestra performance throughout the event, with Paramount+ saying to expect some surprise announcements and reveals throughout the program.

Another notch in the milestone belt of history comes after the airing of the Lower Decks episode “We’ll Always Have Tom Paris”, marking the 800th episode of Star Trek television.  Now that commemorative plate makes even more sense!

Now do you shorten it to Cer or Tos? Image: Paramount+, via ComicBook.com

All The Star Trek News Fit To Print

If watching all the new Trek offerings and playing all the Trek games is still not enough Star Trek content in your life, well you are in luck! This November, Titan Publishing is re-launching the official Star Trek magazine and renaming it Star Trek Explorer. Titan describes this magazine as "the no. #1 destination for everything Star Trek–filled with in-depth interviews and features taking you behind-the-scenes of all your favorite shows and movies."

The first issue showcases a fresh new design and features two exclusive Star Trek short stories. Plus, they plan on adding a 16-page themed "featurette" in each issue, with the inaugural issue featuring a guide to Captain James. T. Kirk.  There are two covers available for the first issue: one features a shot of Michael Burnham from Star Trek: Discovery, while the second uses Tim Anderson's Star Trek: The Original Series tribute artwork.

Yearly subscriptions cost $29.99 for four issues and, as an added subscription bonus, you get an exclusive digital magazine that includes extra Trek nuggets. You can buy each issue separately for $9.99.

He reflec, he protec, but most importantly, he detec. Image: Tim Russ, via USA Today.

Time Is On Our Side

Since we’re playing through the Original Series-era content for this event, the devs have gone through and made some visual updates and updated cutscenes as well as improving the missions themselves. Plus, Temporal Agent goals have been updated to include some new ones, and removed some goals from missions that are no longer in the game, so you don’t have to worry about finding Temporal Probes in places that you can no longer reach.

You’ll be able to earn bonuses for reaching level 60, marks for all of the reputations that have been added to the game, and rewards for engaging in R&D and specializations. Existing Temporal Agents will be able to complete these new goals as well, and if you’ve already finished them, you can claim the rewards immediately. 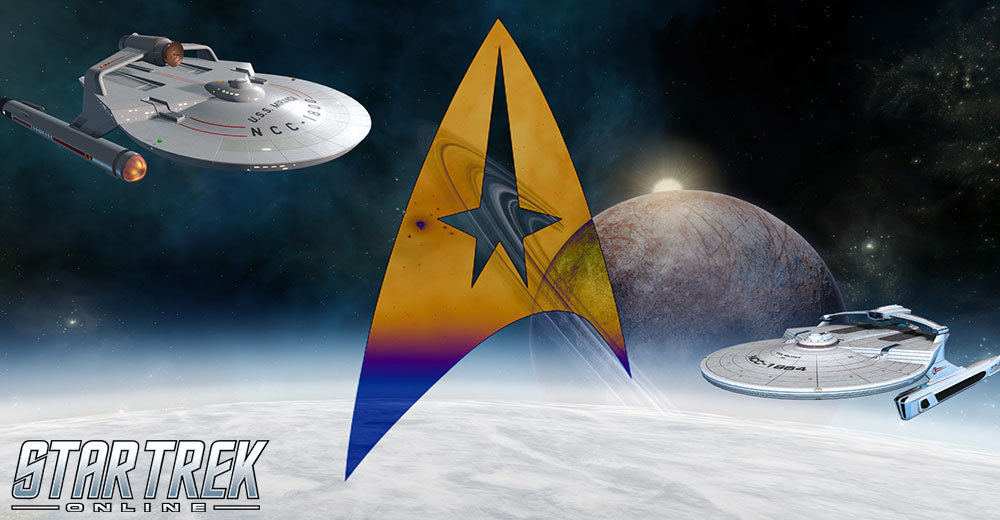 Tell me they changed the prefix code, at least. Image: Cryptic Studios.

Do you pine for the days when Star Trek games weren’t vast, expansive, massively multiplayer worlds?  Maybe you’re more of a LAN party player (as long as some else brings the snacks)? A number of classic Trek games, including Star Trek Armada 1 & Armada 2, Star Trek Bridge Commander, and Star Trek Voyager: Elite Force and Elite Force 2 could be due for re-release on GOG Galaxy. Gamefront reports the game cards for titles on the platform recently being updated with new CBS copyright watermarks.

Star Trek Fleet Command just dropped a new teaser featuring Brent Spiner loosening up for co-star LeVar Burton after playing “an emotionless android for years.” [same–Ed.] This continues Fleet Command’s ongoing efforts to bring in Trek celebrities for their promotions: earlier this year they had Sonequa Martin-Green and Karl Urban. Recent promos have leaned into TNG to showcase the latest updates to the game; in addition to Spiner and Burton, Jonathan Frakes also shows up in the promo.