This week on Episode 515 of Priority One: the Federation Headquarters finds a new home in Ohio, the USS Steve Jobs–I mean, Kelvin–might have a reason for why it looks so flashy, and in gaming Star Trek Online’s new time currency sink might have worked. Later Dr. Michael Chan looks OnScreen with an analysis and review of the Short Trek “Children of Mars.”

Do interviews with creators ever come across your radar, outside of listening to podcasts? Do they help fill in continuity gaps for you?

What service in Star Trek Online do you keep coming back to over and over? Would you like it to be made available for purchase with dilithium?

One thing that can be said about Star Trek fans is that they work hard to celebrate their passions for the franchise–often by donating their time and talents for labors of love. The fan group known as The Federation is one such organization. For over 36 years the group’s goal has been to:

“...provide, promote, and support education and positive legal activism in the area of human rights, racial and sexual equality, environmental causes, and space exploration. To promote a more positive impression of Star Trek fans as intelligent, socially conscious, active individuals who are aware and concerned about the real world today.”

Having worked directly with Gene Roddenberry in its early years, the group boasts over 2,000 members with over 30 chapters. Now, the group is settling down at its official headquarters in Huron, Ohio. Joining them to christen the new location will be Nichelle Nichols–known best as Lt. Uhura in the Original Series. Money raised during this event will go to Nichelle’s retirement fund. So, if you’re in Ohio the weekend of September 10th, be sure to grab a ticket to one of Nichols’s final appearances.

What to get your favourite Trekkie for Christmas? It’s the question you have six months to ponder, and thankfully we at Priority One are here to help. Unfortunately, for the Captain Picard fanatic, I have terrible news. In the Prop Store’s most recent auction, the original flute from the Star Trek: The Next Generation episode “The Inner Light, sold for $190,000.  It was sold among other items including the original Statler and Waldorf puppet heads from The Muppets, Harry Potter’s glasses, and Indiana Jones’ fedora as worn in The Temple Of Doom, which sold for $375,000.

If those items were a little outside your budget, then Hallmark has previewed its exclusive offerings coming to the home version of San Diego and New York Comic-Cons.  They’ll be offering limited quantities of a few exclusive ornaments, including a Star Trek Klingon Bird of Prey ornament. Released in honour of the 35th anniversary of Star Trek IV: The Voyage Home, the Klingon Bird of Prey ship comes complete with the HMS Bounty paint stylings from the movie. It will set you back $35, with only 3,750 available.

Or give them an empty box and tell them it's phased. Your call. Image: Hallmark Licensing LLC, via Slashfilm.

Occasionally the creators of Star Trek throw the fans a curveball. Whether it’s giving Klingons a complete make-over, using a Rod Stewart song as a theme, or...giving Klingons another make-over. But one change that really stirred the pot was the bridge redesign in the Kelvin Timeline. For all intents and purposes, JJ Abrams put an Apple Store on the bridge with lots of additional lens flare. But, one intrepid fan over at DenOfGeek wants to try and help fill in those canonical gaps with some of his own thoughts and observations.

You see, according to Ryan Britt’s headcanon, it all makes sense. First, it starts with an explanation from screenwriter Roberto Orci and director JJ Abrams. Orci  seems to have explained that Starfleet reverse-engineered the Narada’s tech from scans taken by the USS Kelvin. Britt goes on to point out that this might be a plausible explanation given that nuTrek on Paramount+ has finally embraced and acknowledged the existence of the Kelvin Timeline. So, there you have it: the USS Steve Jobs explained(?).

Do interviews with creators ever come across your radar, outside of listening to podcasts? Do they help fill in continuity gaps for you?

The past week in Star Trek Online has seen a changing fashion scene. Summer is definitely in, with short shorts, shorter bikinis and transcendent tribbles adding colour to the beautiful Risa rainbow at sunset. In orbit and in sector space, starships across the galaxy are sporting their shiny new vanity shields, as players take advantage of the commodity now being available for purchase with dilithium. They’re high-cost premium items, and making them available this way is designed to lower the cost of dilithium on the exchange.

This week Star Trek Online community manager Mike Fatum posted a question to twitter, asking the community for their feedback on other items that players would spend their hard-earned dilithium on over and over, more like a service than a one-off purchase.

What service in Star Trek Online do you keep coming back to over and over? Would you like it to be made available for purchase with dilithium?

Ah, technobabble: the true universal language of the future. Reversing polarities, phase inducers going out of alignment, better run a level 4 diagnostic–this plausible nonsense makes us go. Without it we wouldn’t have Particles of the Week, Engineering would have no miracle workers, and there would never be Some Kind of Anomaly. So if you want your Star Trek Adventures campaign to feel truly Trek, you’d better be ready to **** like Starfleet’s finest–or let the computer handle it for you. 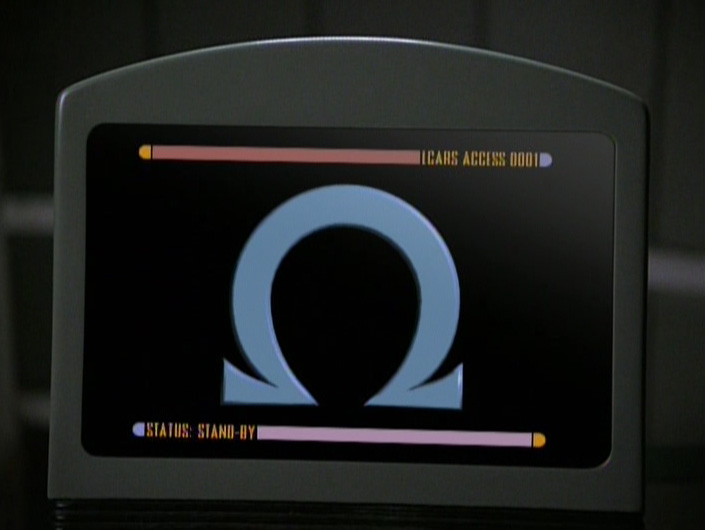 Or not. Image: ViacomCBS, via TrekCore.

On June 25th, Continuing Adventures shared STA fan Mirco’s instructions for making a Roll20 virtual tabletop technobabble generator. Mirco’s macro script pulls technobabble terms from random roll tables, according to a [do] the [sciencey] [science] [thing] template. Players and GMs can use the in-game macro to come up with gems like “oscillate the positronic flux membrane” with a single click. However, figuring out how much buffer time you’ll have for replicator margaritas still falls to you.

Scopely, the publishers of Star Trek Fleet Command announced this week they have added two people to their board of directors: initial public offering adviser Marcie Vu and former Activision Blizzard president Coddy Johnson. Venturebeat reports that Vu is a former executive at Qatalyst and Morgan Stanley, where she was an adviser on IPOs for companies like Alibaba.com, Facebook, Google, LinkedIn, and Zynga. Johnson was the No. 2 executive at Activision Blizzard, which has a market value of $74 billion.

Walter Driver, the co-CEO at Scopely said in an interview “[a]s we think about building more player-centric views of our player experiences versus platform-centric views, I think that experience is really valuable. (Coddy Johnson) has operated at a tremendous scale. Very few people have had that kind of vantage point of leading such a large organization both in terms of people and revenue.”