This week on Episode 507 of Priority One: "Q" is getting quite an adventure in Picard, Raspberry Pi can make an excellent tricorder, Star Trek Online surprises players with a starship promo in the Lobi store, and Minecraft gets Trekkie!

Q-ing Up Picard Seasons 2 And 3

We said it. We said it last week. We’re now in an era where the headlines come from Cameo videos that actors record for fans willing to pony up some dough for personalized messages! Back at it again: John de Lancie admitting to one fan for Mother’s Day, that he’ll be on for at least 6 episodes, and that they’re filming seasons 2 and 3 back to back -- with rigorous COVID testing during filming. If you’re not already, go ahead and start following some of your favorites on Cameo. Apparently some of them share the videos they record for everyone to see…so it might just be you who gets the scoop on the latest Star Trek news! 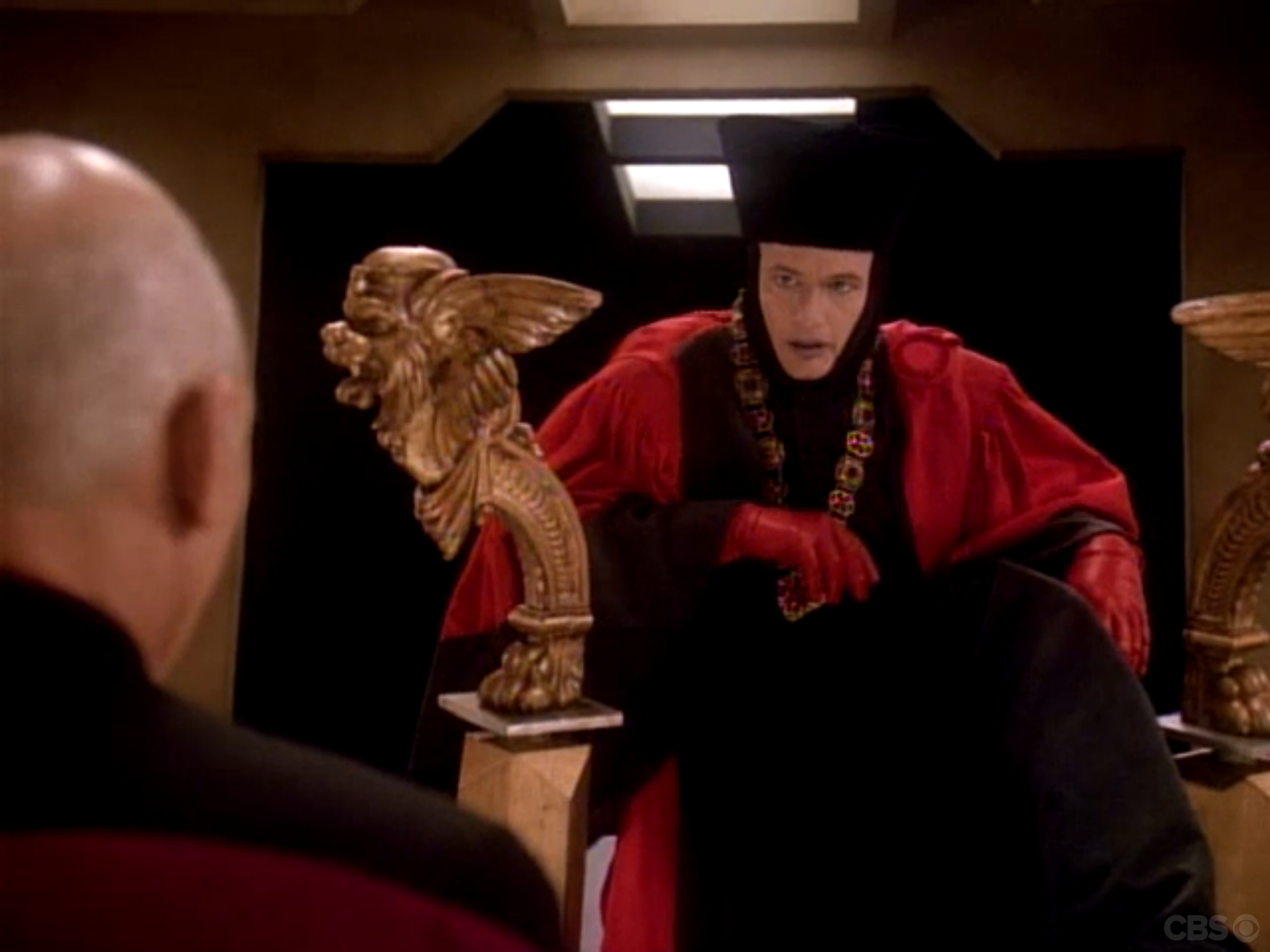 Does this entity look like he fears your mortal NDAs? Image: ViacomCBS.

Since Mike McMahon let us know on First Contact Day that Star Trek: Lower Decks was renewed for a third season, it seems CBS has really taken notice of what a stellar production crew they have over there. Deadline has announced that writer-producer Chris Kula, a co-executive producer on Lower Decks, signed an overall deal with CBS Studios. We don’t have any specific details about his deal, but it appears that CBS is doing its best to lock down talented people. Kula’s credits are nothing to sneeze at. He’s an alum of the Upright Citizens Brigade Theater, and he has written for NBC’s Community, Fox’s MADtv, Comedy Central’s @midnight and was a supervising producer on Wrecked for TBS. 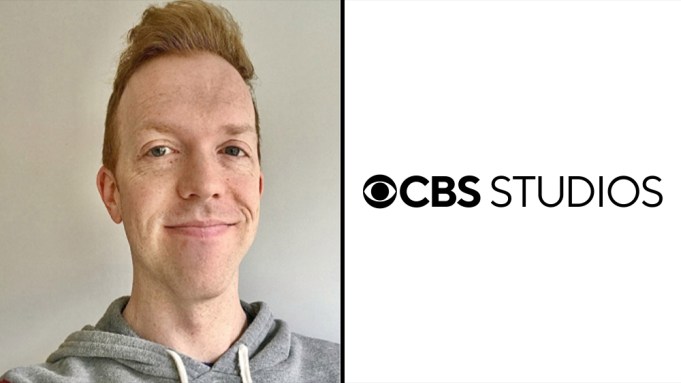 The face of someone not going to Starbase 80. Image: Diane Arbus via Deadline.

A Second Picorder of Magnitude

Everyone wants to try to make Trek tech. The flip phone by Motorola, the universal translator from Google, the Air Force even built a PHASER (in all caps) designed to shoot down drones with microwaves. But all these pretenders are able to do is capture a piece of the magic. Either the form isn’t quite right like the flip phone, or the function isn’t there like Google Translate. Well, not so with the Picorder 2. A maker who goes by the YouTube handle directive0 has built a prototype of a working tricorder using a typical TNG case as a model.

At the bottom, where the case folds down, is space for a battery and loudspeaker. In the middle is a Raspberry Pi and capacitive touch screen for control and processing. And at the top is a printed circuit board, ready to mount pretty much any commercially available sensor that will fit. At the moment, he has temperature, pressure and humidity sensors functional and displaying on-screen. He also has connections ready for a simple thermal imager. The whole thing is designed to be modular, so instruments and the internal computer and screens can be updated over time.

It’s a slow news week. When that happens, we get a little dirty and rummage around the rumor mills. The latest comes from the ol' faithful GiantFreakinRobot.com. One of their “trusted and proven sources” tells them there’s a plan to bring back Scott Bakula as Captain Jonathan Archer along with the likes of T’Pol and Dr. Phlox. Well...like Nostradamus, with enough theories and rumors published, you might get one or two right. This one, though -- keep it in the back of your mind as just a rumor. Doesn’t mean it isn’t fun to speculate what that story would look like!

The Trouble with Tholians

Starting today on PC and running for the next three weeks, Star Trek Online launched the second Featured Event of the current Event Campaign, called Tholian Trouble. This Event allows players the choice of running either the Azure Nebula Rescue or Vault: Ensnared TFOs, while also earning Daily Progress toward the grand prize reward. These two particular TFOs had some recent updates which have dramatically improved the gameplay during the missions.

Completing this Event rewards the Universal Console – Tholian Web Array as an account unlock, and a character only (or one time only) reward of 25,000 Dilithium Ore and 3 Featured TFO Reward Boxes. These boxes give a choice of 1 Specialization Point or an Enhanced Universal Tech Upgrade.

No one thought the future would be so...pointy. Image: Cryptic Studios.

As we have gone over on previous shows, the Grand Prize for the 2021 Event Campaign offers players a choice between the three following options:

This choice is only made once per account, upon claiming the prize.

On Monday, May 3rd, you might have seen an out-of-the-blue announcement of a special event happening on Star Trek Online’s test server called “Tribble.” For those of you who may not be aware, when you start up Star Trek Online, you have an option to install the game’s test server to help the developers quality assure some of the new features that are being worked on.

Anywho, in a cryptic tweet, players were invited to defend Earth Spacedock from an assault led by J’mpok. Unfortunately, not all went according to plan. There was lots of confusion about where exactly the event was taking place (space or ground). Then, due to the massive influx of players (probably because many of us are still working from home), no one could get into the game.

So what was it all about? Not much really. A few NPCs spawned inside Earth Spacedock and players fought them off. What this was testing is unknown.

Here’s our community question for this week:

A Disturbance In The Fourth

Friend of the podcast (and our very favorite Klingon Chancellor L’Rell) Mary Chieffo tweeted earlier today, saying “Nothing says “May the 4th Be With You” like shouting Klingon in a sound booth! So much fun getting back to voicing Chancellor L’Rell for even more epic & honorable adventures in @trekonlinegame today. Qapla’!!”

Chieffo reprised her role as L’Rell in the continuing Klingon Civil War story arc for Star Trek Online. No updates as of yet regarding when the new episodes will be available to play in-game.

Well, this isn’t specifically another Star Trek game, but it’s a game you and/or your kids might be really into: Minecraft! Josh Davison of TheGamer.com put together a top-ten list of the best Star Trek-themed mods for Minecraft. Now don’t get too excited: some of the mods are more “sci-fi inspired” than they are Star Trek themed. But, there are seven solid options. One mod called “A Touch of Trek” includes textures and art assets that really let you build a visually stunning starship environment. Of course, there’s "MineTrek" that utilizes a bunch of mods to let you create super structures and environments: we’re talking multi-level starships! 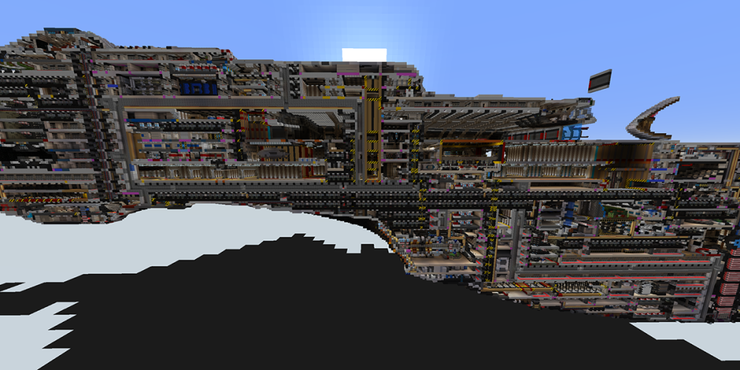