This week on Episode 493 of Priority One: We Trek Out several interviews happening around the Trek-verse, Star Trek Online gears up for it’s 11th Anniversary celebrations, while other mobile games spin up their own Trek-themed celebrations, and Dr. Robert Hurt explains why space is darker than we thought… much darker.

With Picard now starting to film its second season in just a few weeks, many of us are eager to learn about who - of the OG TNG cast - might make an appearance. We’ve already seen Brent Spiner reprise his role as Data… Our hearts were warmed by Jonathan Frakes and Marina Sirtis reprising their roles… What about Gates McFadden? LeVar Burton?.... Michael Dorn??
Well, we’ve got an update from Mr. Dorn via an interview with the podcast Literary Joe’s Inner Child. In the short segment of the podcast - which is under 7 minutes - Dorn pulls no punches when expressing his disdain for the makeup process.

So how far along is Season Two of Picard? Well, Sir Patrick Stewart tells us in an interview posted on January 11, 2021, by goldderby.com that, “I’ve got the first five scripts of the show and different drafts of those scripts. I spend hours every day with them." So even though getting a production rolling during a pandemic is a whole new experience, Stewart has been keeping himself busy writing his memoirs, reciting Shakespeare’s sonnets, watching “Schitt’s Creek, and putting together jigsaw puzzles.” He says of jigsaw puzzles,"That’s one of my passions. I finished the Last Supper two nights ago and it was one of the best moments of my life!” He chuckles, but then gets serious. “But all the while inside, I know I have to work. That’s what I’m here for. That’s my job. I want a script in my hand. I want actors in front of me.” 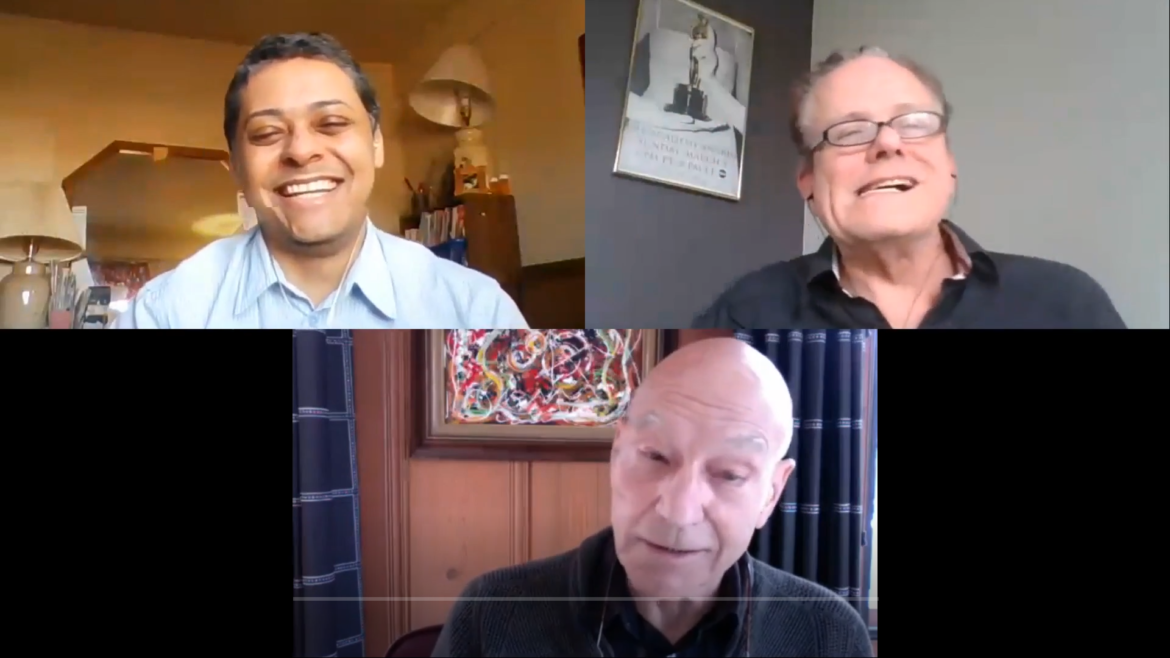 Now that Discovery Season 3 has wrapped, StarTrek.com recapped some recent in-depth conversations with some of our favorite Discovery characters. The first was Mary Wiseman, and although the audio glitched during her interview, thanks to an enterprising YouTuber who can read lips, it was later confirmed that Wiseman said she was not straight. When asked for confirmation, she said “I did say this! It’s not a big deal at all. I just didn’t want to say I’m straight when I’m not! Before Noah [Averbach-Katz, Wiseman’s husband who played Ryn the Andorian], I dated and loved people of all genders. I never liked it when straight-presenting women dominated conversations about bisexuality/pansexuality when I was with women, so I try not to do it now, but I also don’t want it to feel like I’m hiding anything because I’m queer and proud!”

Wiseman goes on to deliver a personal message to fans who defended her on social media when she fell victim to online bullying and body-shaming, saying “I just want to say that all the people who step in, to back me up like that, your presence is like little angels, blocking out these little trolls. It means something to me. I see those things and they hurt me because I'm a person. I'm a human being, you know? And to have somebody step in and defend you is really meaningful.”

The close relationship between Rapp and del Barrio definitely comes across on-screen with Stamets taking a fatherly role towards Adira.

Also helping to build bonds in real-life between cast mates, many of the actors, including new-comer, Ian Alexander who plays Gray, have been playing Dungeons & Dragons via Zoom. Production is underway for Season 4 of Discovery. 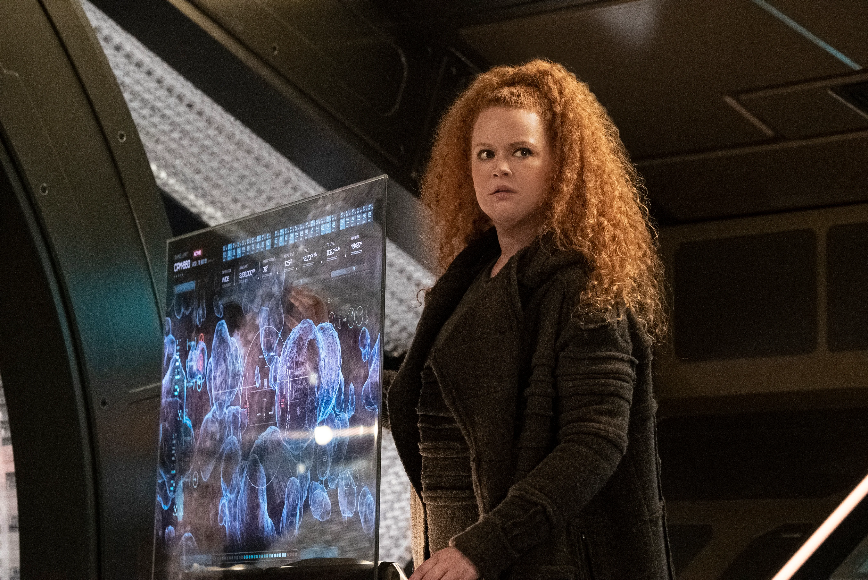 Our last interview -- although not specifically Star Trek related -- does touch on one of Star Trek’s greatest films… Galaxy Quest!!! Now, for several years, there have been rumblings and rumors about a potential sequel to the film or perhaps a small screen adaptation. In an interview with Entertainment Weekly, Tim Allen was asked about the status of the film replying “I haven't reached out to anybody in the last week, but we talk about it all the time. There is constantly a little flicker of a butane torch that we could reboot it with. Without giving too much away, a member of Alan's Galaxy Quest family could step in and the idea would still work.” 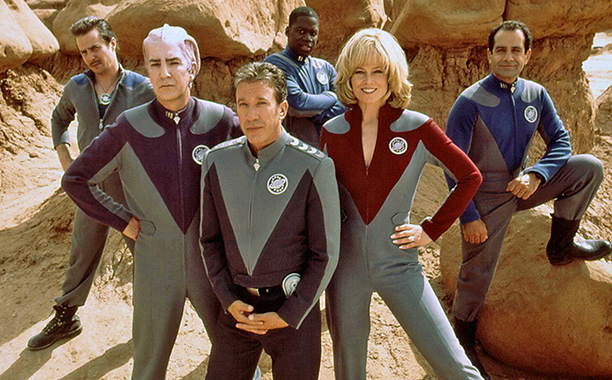 Long time listeners of the show may remember the glory days of the early-to-mid-teens, when there were literally dozens of fan-film productions of star trek stories. Spanning the timelines from post-Enterprise pre-Federation, all the way to post-Nemesis pre-JJ-Verse, the quality bar that each show cleared was as varied as the eras they were set in. I’ll give you a minute on that one. But some of the highest quality efforts belonged to James Cawley’s New Voyages and Phase II productions. And until certain lawsuits were filed, they were busy filming and editing new episodes. Unfortunately, CBS’s fan production guidelines, which were released in 2016, basically killed productions like Cawley’s.

However, one of those productions, a TOS prequel named, appropriately, Origins: The Protracted Man, just escaped into the wild. I say escaped, because to say it was released would be a gross overstatement. There are effects shots missing, and we know this because there are little cards telling you what you should be seeing. Sound is sometimes iffy, and the whole thing is squashed horizontally. It’s very clearly not a finished product. According to the article at fanfilmfactor.com, the two files containing the rough cut were up on YouTube temporarily, and then taken down. However, while it was online, the movies were downloaded and then reposted anonymously. Even short-time listeners of the show will know that Cat is now rolling to a slow boil on the intellectual property problems all this implies – and we’ll certainly get to those – but there’s more to the story.

One of the screenwriters, Trek novelist Dave Gallanter, recently died of cancer. Mr. Gallanter had worked on several of the Phase II projects, and this one – co-written with Tribble creator David Gerrold – may have been release… uh “liberated”… as a final farewell to a cherished member of the old crew. So, as we are about to discuss – why, listeners, you know this is illegal – maybe the proper answer is “now, don’t be a prig.”

Finally putting an end to our breathless antici... pation, Cryptic released a new blog to announce some details of the upcoming 11th Anniversary Event. This year’s event is scheduled to kick off for PC players on January 26th and it will wrap up on February 25th. As with other recent events, players will collect daily progress points through missions, TFOs, and patrols. Upon collection of 40 progress points, players will receive the brand new account-unlocked Temer Class Alliance Raider. No stats are available for the new ship yet, but it’s a Klingon/Romulan hybrid raider carrying on the spirit of the recent Khitomer class. And, as always, the anniversary event brings us those sweet sweet Omega Tech Upgrades! So get ready to get busy collecting Omega Traces, captains

The Anniversary Event also means that if you’re like us, you’re probably most excited by the imminent arrival of brand new story content! In another blog released this week, Ambassador Kael announced two forthcoming new missions with contributions from two new stars. The new missions are called “Knowledge is Power” and “Leap of Faith”, and they’ll take us back to the Klingon monastery on the planet Boreth. Visited by Captain Pike on Star Trek: Discovery, the monastery is home to the mysterious and powerful Time Crystals. Kael’s blog has teased that Boreth’s secrets will bring about a “new era” for STO’s Klingons, and it will be up to players to pursue them. That means meeting with Tenavik, the guardian of the Time Crystals. On Discovery, Tenavik was played by Kenneth Mitchell. He was originally going to reprise the role for STO, but circumstances prevented him from that. Instead, he’s personally chosen friend, veteran actor, and STO super-fan Sam Witwer to lend his voice to Tenavik. With Mitchells’ coaching and Witwer’s talents, it should be exciting to see what surprises Tenavik has in store for us. 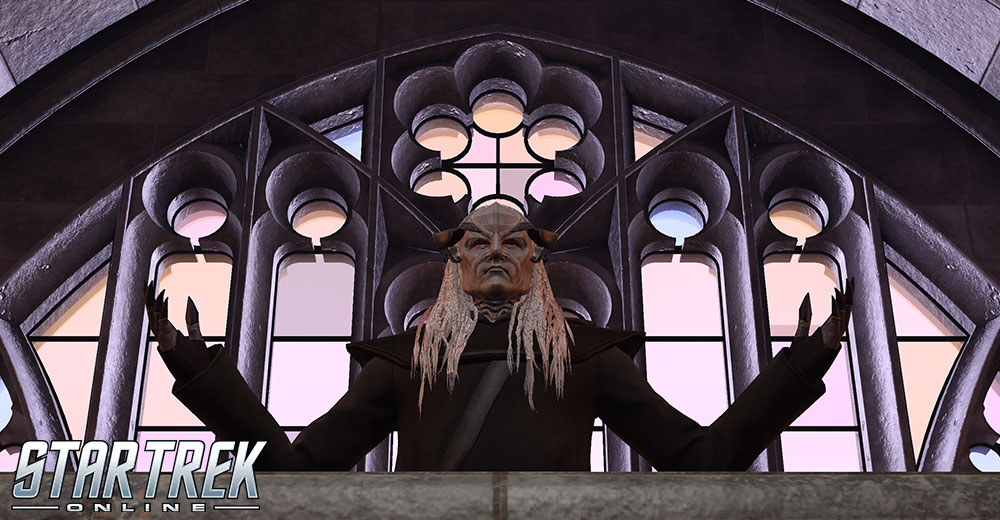 Elsewhere in the gaming world, Star Trek Timelines passed its fifth anniversary with no signs of slowing down. Associate product manager WRGBen took to the Wicked Realms official forum on the 14th, saying they’re "proud of what we’ve built throughout the years, and of what the game means to so many of our players. With that in mind we’re looking forward to the years ahead". Looking to the future, WRGBen also promised a “big new feature” in the game later this year. Timelines’ longevity is nothing to dismiss: mobile gaming has been fickle and unrewarding to the Trek franchise before. Of the nine games released for mobile platforms, only Timelines and Fleet Command remain in business (Trexels II launched in 2018 and shut its doors to new players only last August).

If you’ve spent even a nano-second browsing through your phone’s app store you’ve probably noticed the popular fast-paced, endless running, side-scrolling mobile game, Jetpack Joyride. In it you play as Barry Steakfries, a down-on-his-luck gramophone salesman who has snuck into a jetpack lab, stolen the machine gun jetpack, and now needs to escape. Why does any of this matter in a Star Trek podcast? Because just like the Borg, the mega marketing machine at CBS assimilates everything in its path. From now until February 3rd, Jetpack Joyride is running a Star Trek event. By playing the event you can earn Star Trek themed items for the game including, but not limited to, Starship jetpacks, Uniform jumpsuits from Discovery, Voyager, Enterprise, and more. Character replacements like Michael Burnham, Janeway, Picard, and Kirk. And much more. And what free to play mobile game wouldn’t be complete without a way to buy everything. You can also purchase the items from the event singly or in bundles from $2.99 to $29.99.

Staying on the mobile device, Star Trek Fleet Command is continuing its Prime Timeline content rollout with a TOS event which started this month. During the first part of the event players can earn recruit tokens for Original Series crew. Epic Kirk, Epic Spock, and Rare Uhura. Part one of the event runs from now until January 29th