478 – Paramount+, Will Smith, and Astrometrics | Priority One: A Roddenberry Star Trek Podcast

478 – Paramount+, Will Smith, and Astrometrics | Priority One: A Roddenberry Star Trek Podcast

This week on Episode 478 of Priority One --- We ‘Trek Out’ why Dawnn Lewis thinks Mariner is like a preacher's daughter, CBS All Access’ new name, Star Trek’s TCA Heritage award, and a trip to Bel Air! In Star Trek gaming, Timelines celebrates its newest event, and Crypto Space Command goes to Black Alert. Then, Dr. Robert Hurt joins us for this week’s Astrometrics Report

CQ: Does Star Trek need Star power to entice new fans? Do you think the addition of an Actor like Will Smith or Brie Larson would help or hurt Star Trek?

Kelvin Pike had “Punch it”. Prime Pike had “Hit it”. Lorca? “Go”! Picard posthumously procured Prime Pike’s “Engage” from “The Cage”. So who could blame Cerritos Captain Carol Freeman for wanting to follow Starfleet trailblazers by conjuring up her very own catch phrase - though “It’s Warp Time” may need a little work.This week, Dawnn Lewis - the voice of the aforementioned Captain Freeman - talked with TV Guide about her love of Star Trek, the Captain’s relationship with her daughter, and what she wants to do next.

Lewis told TV Guide about her history with Star Trek, saying ”I used to risk getting into trouble in order to watch Star Trek because it would come on when my brothers and I were supposed to be asleep. We would get in front of our little, small black-and-white TV with blankets and sheets covering us to make a tent to muffle the sound so that we could watch the adventures of Captain Kirk, Lieutenant Uhura, and Mr. Spock traipsing through the galaxy”

In regards to Captain Freeman’s relationship with her estranged Daughter - Ensign Beckett Mariner, Lewis said ”Their relationship reminds me of growing up a preacher's kid. [...] you often find that the preacher's kids are probably the baddest kids in the church. They are trying to break every rule, trying to be everything except what their parents have been trying to encourage everybody else to be. So even if you're one of the best parents, sometimes your kids can still make choices that you really wish they would not make.”

Have you been waiting with bated breath for the announcement of CBS All Access’ new name? Were you spending the time anxiously awaiting the rebrand of the On-Demand Streaming service? Have you forgone relationships, job opportunities, and basic hygiene for fear of missing the news when it finally drops? Well friends, the wait is over. So call your family, get your resume up-to-date, bathe yourself, and get ready for the big reveal!  But seriously, you should clean yourself up.

On Tuesday September 15th, Viacom CBS dropped the news that starting in early 2021, the service formerly known as CBS All Access would soon and henceforth be called - Paramount+.  CEO Bob Bakish said in a press release ”Paramount is an iconic and storied brand beloved by consumers all over the world, and it is synonymous with quality, integrity and world-class storytelling. With Paramount+, we’re excited to establish one global streaming brand in the broad-pay segment that will draw on the sheer breadth and depth of the ViacomCBS portfolio to offer an extraordinary collection of content for everyone to enjoy.”.

Deadline reports that ViacomCBS’ other streaming service - Showtime - will continue to operate independently from the newly named Paramount+, but that the Australian “10 All Access” will fall in-line with its US counterpart. No definitive announcements were made about price, tiering, or availability outside of the US and Australia - which are undoubtedly big questions that need answering. Keep listening, we’ll let you know more when we find it out!.

Finally this week, we’d like to congratulate Star Trek on its Television Critics Association Heritage Award! From StarTrek.com ”The Television Critics Association (TCA) was proud to bestow the Heritage Award upon Gene Roddenberry’s landmark 1966 sci-fi epic Star Trek, in recognition of the groundbreaking series which brought the future to life — illustrating a unique vision that is equal parts hopeful and cautious as it explored issues such as bigotry, religion, politics, sexism, and human rights through timeless stories of love, war, intrigue, and adventure in outer space — with the help of a strong cast that was among the first to feature an African-American actress in a significant leading role.”. The son of Star Trek creator, head of the Roddenberry Podcast Network, and our friend - Rod Roddenberry - accepted the award.

Once again, we’d like to congratulate Star Trek on this well earned award!

RUMOR REPORT: Will Smith Being Eyed for Trek!

Now, this is a story all about how

Our show got flipped-turned upside down

And tell you how we covered rumors ‘bout Star Trek right here!

Click-baity website WeGotThisCovered.com posted a fun bit of rumor this week, saying that ViacomCBS was looking to add one of Hollywood's biggest stars to its Star Trek lineup - Will Smith. No, we aren’t talking about the background actor that appeared as a Ventu in Voyager’s seventh season episode “Natural Law” - though we aren’t taking anything away from THAT Will Smith’s performance or career, either. We are talking about “The Fresh Prince of Bel Air”. One of the “Bad Boys”. “Hancock”. THAT Will Smith. 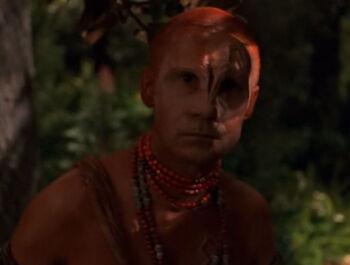 From WeGotThisCovered ”According to our intel – which comes from the same sources that told us Captain Pike would be getting his own spinoff long before Star Trek: Strange New Worlds was announced – the studio are keen to recruit Will Smith to play a Starfleet captain. Although, at this time, it isn’t yet clear exactly what movie they’re eying him for.”. Scott Campbell, the writer of the story, goes on to say that the studio is also looking to add Robert Downey Jr. and Brie Larson to the franchise and that ”it would certainly appear that the studio [is] actively seeking an injection of star power to ensure that the next installment in the franchise can make it into production sooner rather than later.” 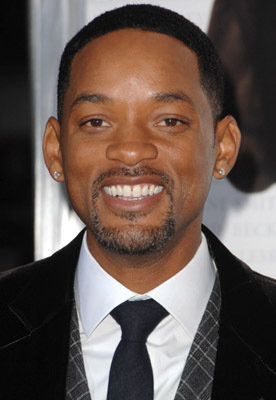 Will Smith. Photo Courtesy of IMDB

A Kahn-ut-tu, a smuggler, and an unscrupulous toy collector walk into a bar… where they’re featured crew for the latest Star Trek Timelines skirmish Event. Nona, Kivas Fajo, and Smuggler Kasidy Yates, as mentioned, are featured crew members. All crew with the Borg trait are also getting event bonuses. And joining them all for the event, a new ship transwarps into Timelines - the Borg Queen’s Vessel.

Ethereum blockchain based MMO Crypto Space Command, or CSC, is colliding once again with the Star Trek universe. Just like last year, Mysterious Rifts are popping up in CSC and Star Trek’s universe is crossing over. This time, the Event sees Star Trek Discovery making its way into CSC. Five unique 1-of-1 ships are being Dutch auctioned for the event, starting at an eye-watering $100,000.

The Disco USS Enterprise NCC-1701 has already sold, fetching $873.50. Up for auction at the time of recording is the USS Shenzhou, currently priced around $50,000 and ticking down. And coming up after the Shenzhou are the Klingon Sarcophagus ship, the USS Yeager, and finally the USS Discovery herself. A new Star Trek: Discovery Crate is also available now in CSC as part of the event. The $20 loot box contains 5 items, either Star Trek Ships or Star Trek Ship Skins. The Skins can also be converted into a collectable currency used to acquire the Star Trek Ships in-game.