This week on Episode 477 of Priority One --- We ‘Trek Out’ STAR TREK DAY. More specifically, we dive deep into the Discovery, Picard, Lower Decks, and Strange New Worlds panels and discuss what was discussed during their discussions! In Star Trek gaming, Scopely indulges in shrooms and Timeline celebrates Star Trek Day with Giveaways - and takeaways!

CQ: How did you celebrate the first OFFICIAL Star Trek Day?

CQ: If you’re not currently playing Fleet Command, does new Prime Timeline content make you more likely to pick it up?

Star Trek fans are, sometimes,  a bit entitled - and at Priority One we’d argue rightly so. Star Trek’s original series received a third season - and a ticket to syndication - because of a write-in campaign led by the incomparable superfans Bjo and John Trimble. Star Trek fans helped start the modern-day Mega-Convention when, in 1972, over 3000 Trekkies gathered at the Manhattan Hilton Hotel in New York City to celebrate our beloved franchise. We passed content droughts by writing fan-fiction and creating fan-zines - the precursor to the modern day internet fan-sites. Our unequaled enthusiasm helped spawn an animated series, a movie series, television spin-offs, more movie series, and even helped launch a network - UPN - and a streaming platform - CBS All Access. That’s not even mentioning the countless hours of reading, listening, and viewing content the community has generated - for absolutely free. We’ve even celebrated a couple of unofficial holidays. June 16th has long been recognized as Captain Picard Day - thanks to its appearance in the NextGen episode “The Pegasus”. And September 8th’s air date of Star Trek's first episode, “The Man Trap” - has been our unofficial Star Trek Day

This year, the newly reunited ViacomCBS seemed to validate and recognize its fans by acknowledging September 8th, the most holy of Star Trek days - an OFFICIAL Star Trek Day! The day was spent streaming Star Trek - episodes, panels, and discussions - to celebrate the franchise. But it wasn’t PURELY a corporate advertisement. It celebrated the heart of the IP by once again instituting the StarTrekUnitedGives hashtag on its social media platforms. For every #StarTrekUnitedGives ViacomCBS received, the company would donate One US dollar to “Charities that champion equality, social justice, and the pursuit of scientific advancements”. 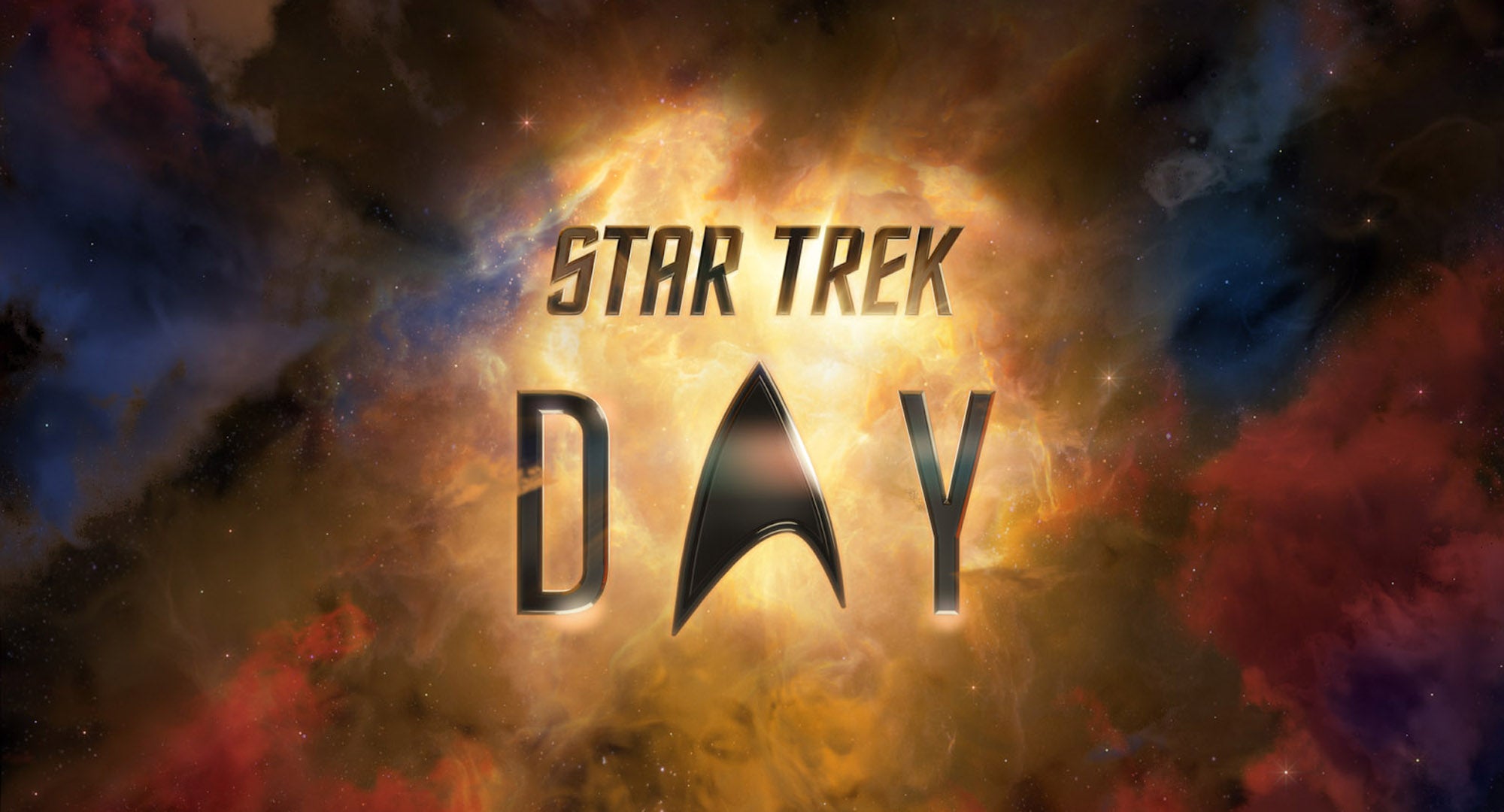 This week we’re going to cover the virtual panels of the newest Star Trek series - Discovery, Picard, Lower Decks, and the upcoming Strange New Worlds. But first we want to know

A central point of the panel - and frankly the whole day - was hope in a time of despair. Alex Kurtzman discussed the state of the federation nearly 1000 years in Discovery’s future, and how Star Trek’s message today jives with Gene Roddenberry’s message from 1966.

The team also discussed WHY the federation wasn’t in the position of power that Discovery had left it in the 23th century. In the trailer, “Book” - played by panel attendee and Star Trek newcomer David Ajala - notes that Starfleet suffered a decline during a period called “the burn”. Kurtzman explained its effect on the current state of the Federation

This week, news broke that Star Trek was FINALLY introducing BOTH a Trans AND Non-Binary Character to the main cast of Discovery.  Trek’s first non-Binary character - portrayed by Blu del Barrio - spoke with glaad.org about the role, saying ”When we meet Adira, they're suffering from memory loss. They remember nothing from their past, and very little about themself. They know they're non-binary, of course, but coming onto Discovery they're cautious about sharing that information with anyone. They're a private person, so they aren't going to divulge a lot about themselves to a ship full of strangers. It's not until Adira has found a place of comfort with Stamets and Culber that they feel they can talk about who they are.”

Regarding the upcoming Trans character, Deadline reported “Ian Alexander will play the transgender character Gray, empathetic, warm and eager to fulfill his lifelong dream of being a Trill host, but he will have to adapt when his life takes an unexpected turn.” 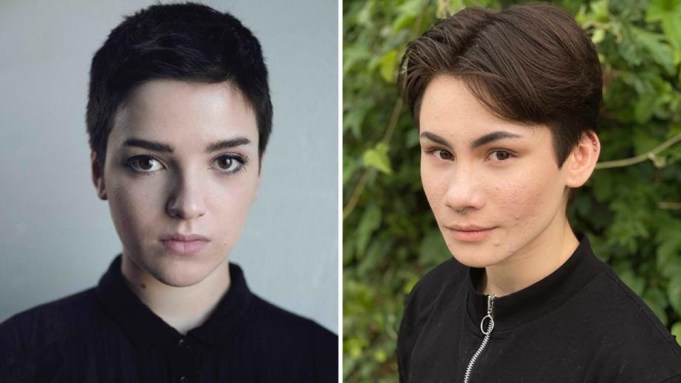 Both characters were under TIGHT wraps during the panel, but Michelle Paradise was able to give a small bit of information regarding their roles!

The panel is CHOCK FULL of great information - like why Discovery has a new Logo. Trek out the hope-filled trailer and hope-ier panel interview by heading to priorityonepodcast.com

We’re going to skip over a few panels this week and cover the “new” stuff coming down the...PIKE...

We’d certainly suggest you trek out EVERYTHING offered on September 8th, but since OUR time is limited, we’re going to skip ahead to the history, and see what the “Strange New Worlds” crew had to say about the upcoming show and Star Trek’s future’s past! 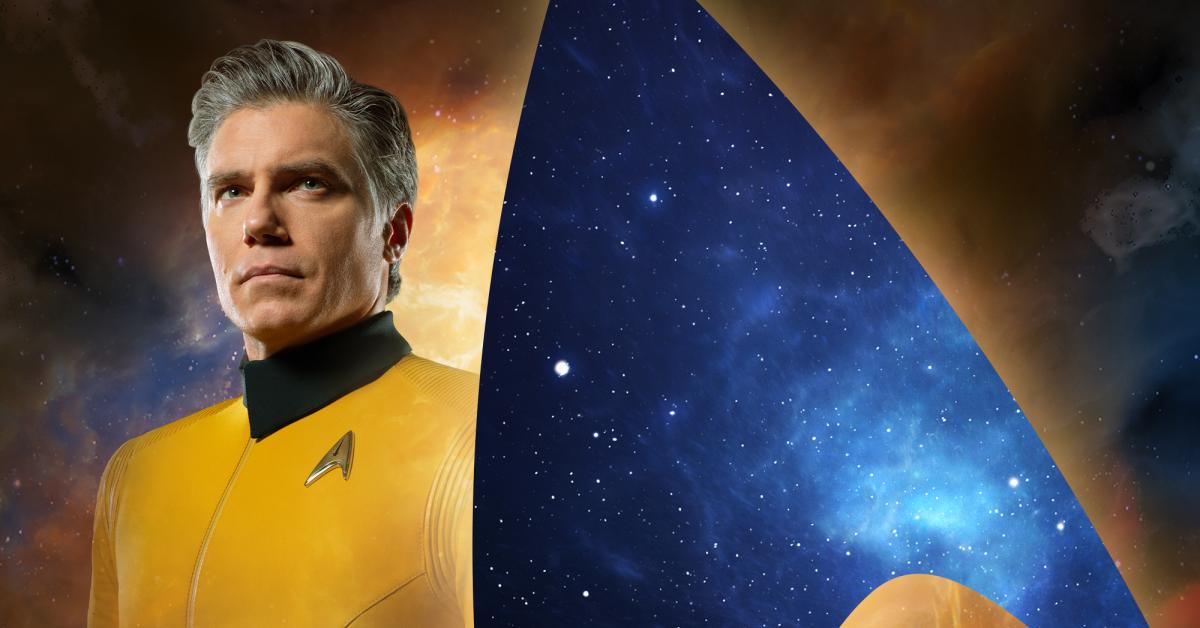 Mica Burton once again moderated the panel, this time with series leads Anson Mount, Rebecca Romijn, and Ethan Peck as well as series EP’s Akiva Goldsman and Henry Alonso Myers and writers Akela Cooper and Davy Perez. After some really interesting - and fun - anecdotes about how the show came to be, Series EP Henry Alonso Meyer discussed the format of the series.

Davy Perez reinforced the “morals, messages, and meanings” of Star Trek’s storytelling in regards to “Strange New Worlds”. We may want to put that info into the “Mission Log”?

Do not skip watching the full panel. Anson Mount recalling his conversation with an apple-eating-Alex-Kurtzman is worth the price of admission. We’ll embed the video on our website, so be sure to head over and trek it out!

Star Trek: Picard’s panel was moderated by Wil Wheaton, starred Sir Patrick Stewart and Jonathan Frakes, and was titled “Picard & The Next Generation Panel”. So if you’re thinking “the news might not be groundbreaking”, you’re probably pretty perceptive. BUT that’s not to say Sir Patrick didn’t deliver. When asked about what’s to come, Stewart unleashed some pure hype.

Where things got interesting was the “Lower Decks” panel. Yes - we’re half-way through the season. But that doesn’t mean there isn’t more story to tell. Prior to releasing the mid-season teaser, showrunner Mike McMahon spilled some Trek-nuggets ripe for the dunking. The “Midseason” trailer shows the aforementioned “legacy actor”, and offers a look at the back nine of Star Trek’s newest animated offering.We’ll, of course, have a link in our show notes, so be sure to trek out both panels.

Now we know 2020 has been...a bit much. Believe it or not, it’s only been two weeks since ViacomCBS gave Fleet Command developer Scopely free reign of the franchise’s TV and film content, and we weren’t expecting anything to follow so soon. Surprise! Fleet Command Patch 22, which Scopely announced on September 8th, will begin the game’s first Prime Timeline story arc in the era of Discovery. Michael Burnham, Stamets, Saru, and the NCC-1031 itself join Fleet Command’s playable roster, with new random Anomalies and story missions available through a Disco-specific Battle Pass. The patch will also improve the user interface for Battle Report storage and guarantees an Exchange Armada spawn rate in all Exchange systems. Fleet Command isn’t the only Trek game getting in on the Star Trek Day festivities. Until September 15th, Star Trek Timelines is bringing back player-favorite temporary achievements for increased grind rewards. However these achievements now have tiers, so the more tasks you complete, the more dilithium and premiums you earn. The Timelines team also put together a special version of their biweekly in-game care package, and took the time to share their thoughts on what working with the Star Trek property means to them. For Timelines Communications Lead Shan, Star Trek represents hope. Hope for a better world, a better future - one we can all have a hand in creating. 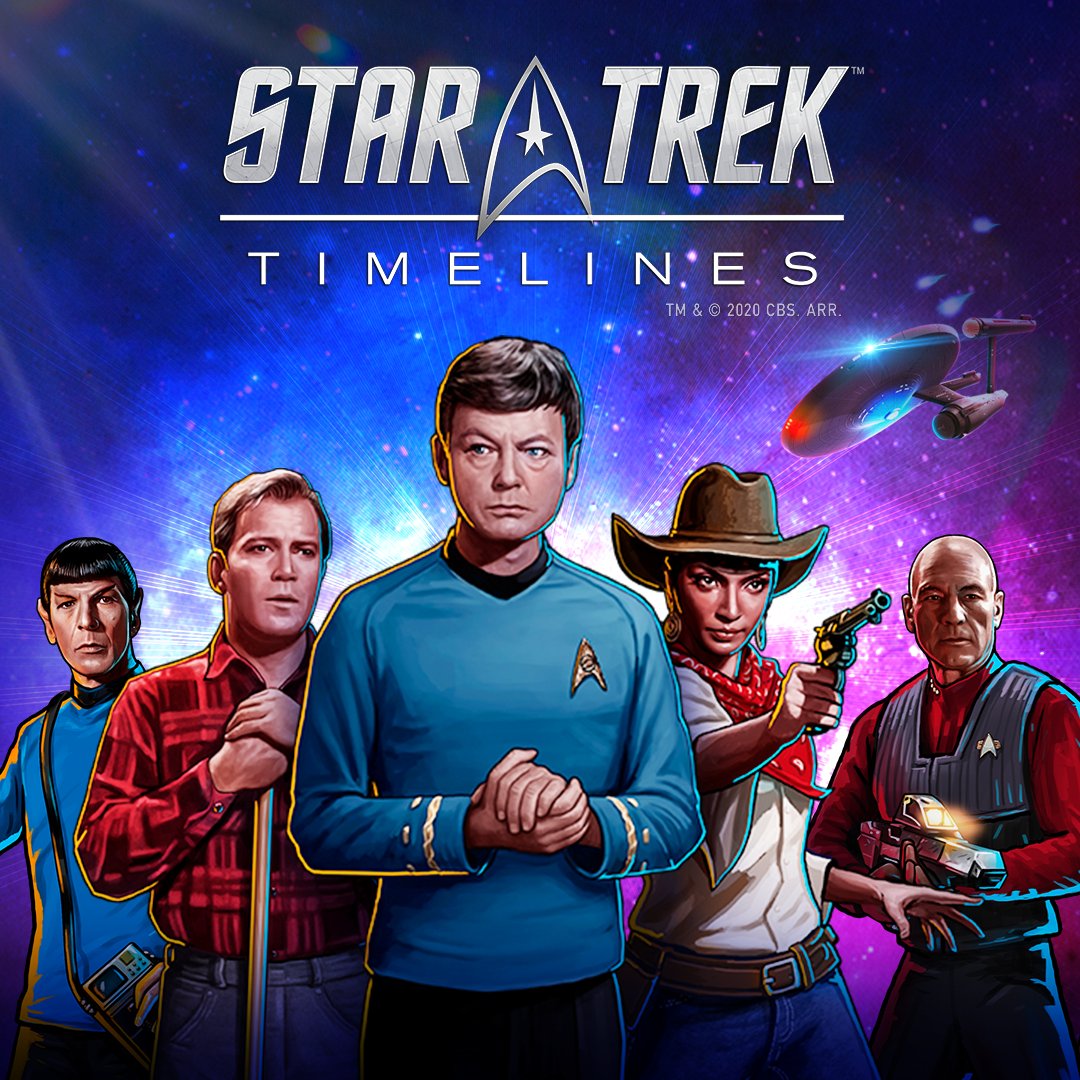