This week on Episode 529 of Priority One: We power up for Star Trek: Prodigy, with the cast and crew promotion peaking as the premiere prepares to play–plus we get some more details on the explosive new additions to Star Trek Online!

This week the Trek universe welcomes a brand new adventure to our screens, with Star Trek: Prodigy to make its debut on Paramount+ on October 28.  A few sneak peeks have been filtering through, with Prodigy teasers tempting new fans during NFL Sunday Football. In the first clip, Dal can be seen making his escape from the mining facility in dramatic fashion. In the second clip, we are treated to the Protostar powering up, with characters Dal and Rok-Tahk finally being able to converse thanks to the universal translator.

Both scenes are fun and exciting, with the standout being the effort that has gone into the musical score which helps it feel very much at home in the Star Trek universe. The folks at Gizmodo felt that tiny moment highlighted something special about the Star Trek franchise—the ability of everyone to communicate freely, as well as not judging a book by its hulky rock-encrusted cover.

A Seat at the Grown-Up's Helm Station

“We never really view it as a kid show. We view it as a show for people who don’t know Star Trek,  which could be young or old. And so we always had that perspective of the outsider and that freed us up. We wanted to keep the stakes real for an older audience. We never want to dumb things down for kids. Kids are really smart. They may have a learning curve in the show, but they’ll get there.”

The creators go on to talk about how there was never any other option for the training hologram: it was always Captain Janeway from the start. They also mention she may not be the only hologram we see, and hint at real characters (like Captain Chakotay) making an appearance but not as holograms. As for Captain Janeway herself, Kate Mulgrew has also been on the interview circuit, explaining to cinemablend.com if the character was going to appear on-screen, then it was always going to be her who would play the role.

“Well, I certainly needed to come back to this character if threatened with an imitation. I think that only I can voice this character, and only I should, because I’m the only one who knows who she is. I think that the young people would recognize that very quickly. That might be arrogance on my part, but I don’t think so. I think they have a very discerning imagination.”

Voyager: The Next Generation

Mulgrew says she hasn't been approached about reprising her role as Kathryn Janeway in a live-action series (outside of Star Trek: Nemesis).  According to the actor, hologram Janeway won’t be as fiery as her living counterpart–as she’s helping a ship of children navigate the cosmos.  The caring side of Janeway was echoed by the cast and crew at New York Comic Con in an interview with Gizmodo. COVID-19 restrictions meant the cast was unable to record together, so for Brett Gray who plays the role of Dal, finally getting together with Mulgrew was something else.

“I got to sit next to her today at Comic-Con—and it is, it’s palpable.  There’s a majesty that she has, and you can feel it when we announced she was coming out today. Just to walk on stage for the panel was like—the audience was deafening. She is an icon. And so, I feel very lucky that the first iteration of Star Trek we get to be a part of has someone like that we get to model and watch. People who are incredible fans of Janeway and all of that get to now have a way into our show, too, and see what it’s like for people who know nothing.”

For the final word on the series, Kate Mulgrew spoke about now being the perfect time to bring in a brand new audience. “It is an important time for Voyager, it’s an important time for Star Trek. I think in terms of pop cultural history, now is the time to target this young demographic and introduce to them the wonderful mysteries of Star Trek and Gene Roddenberry’s splendid philosophy.” 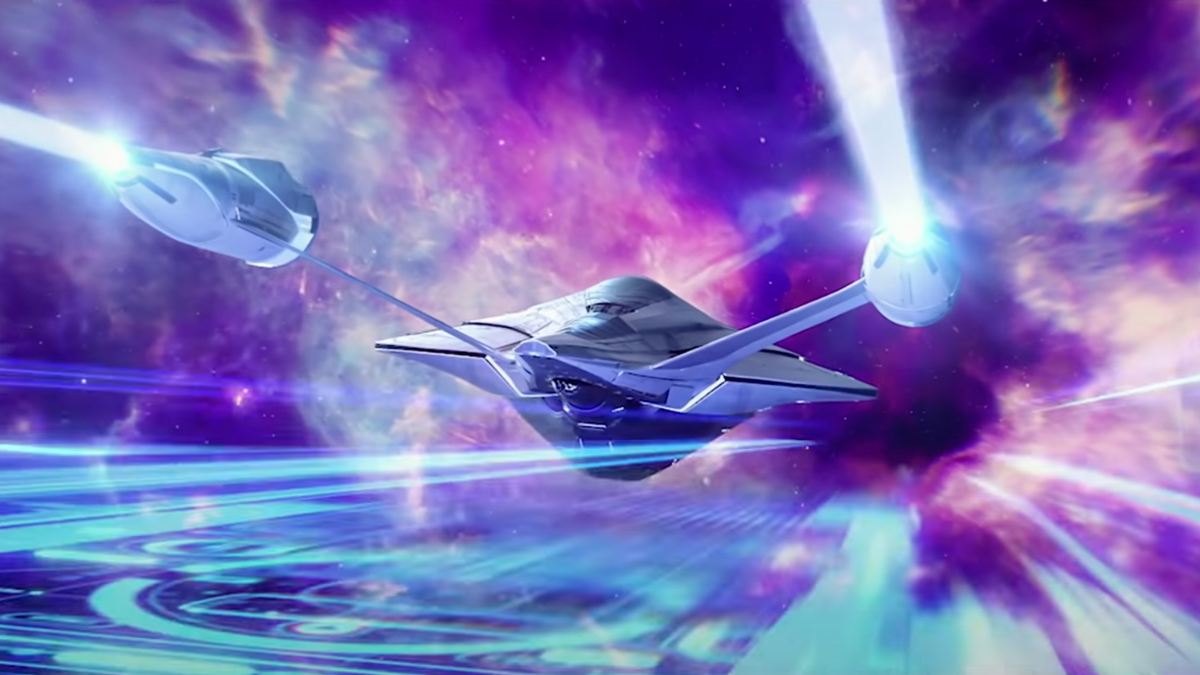 We knew that Brent Spiner will be returning for Picard Season 2 for some time now. You may have thought it would be as Altan Inigo Sybok…er, Soong, who was apparently just out of frame in every TNG scene with Data’s “parents.” After all, Data was really, truly, 100%-for-sure dead when the curtain dropped on Season 1. Well that’s not the case, according to Inverse magazine...Spiner’s role as Altan, that is. Data’s still dead. 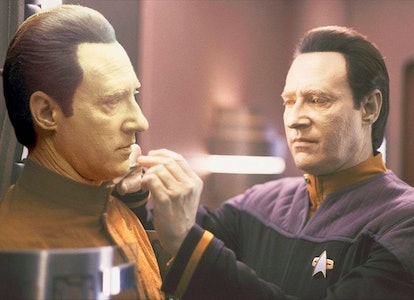 "Nothing is stranger to man than his own image." [Karel Capek, R.U.R.] Image: ViacomCBS, via Inverse.

According to interviewer Ryan Britt, Spiner “know[s] they haven’t revealed much about me being in the show. I can tell you I’m a member of the Soong family. And, that I’m not playing a character I’ve ever played before.” Given Season 2’s central temporal shenanigans, it seems likely that Spiner will play a 21st century Soong ancestor. However, if you consider Data and his siblings to be Soong family members, then Spiner might be a temporally-displaced android instead.

What Goes Around, Khans Around

The third season of The Movies That Made Us has dropped on Netflix. Its creator, Brian Volk-Weiss from The Nacelle Company, spoke with comicbook.com about the possibility of a superhero-focused future episode, as well as some tasty Trek nuggets.  You might be thinking the ideal movies to cover in this documentary style would be 1989’s Batman or Christopher Reeve's first Superman movie. According to Volk-Weiss, he actually would go a little more modern and cover 2008’s Iron Man:

“It would be Iron Man, because Iron Man is the most important[. B]ecause if Iron Man had failed, nothing else would have happened. And also, I like that story of not just seeing a movie come together, but a universe come together."

As for those Trek nuggets, surely a film like Wrath of Khan would be on their sensors for a future episode? Volk-Weiss confirms there was discussion, but in the end it came down to covering all four quadrants–of storytelling.

“But usually, we want four-quadrant movies. And what that means is, for anyone who doesn't know, it's young people, old people, men, women, everybody. And that's what we try to do. And also multi-generational. My generation grew up with Home Alone, and the two generations afterward–including my children–they like Home Alone as much as I do, if not more. So that's what we try to do."

Last week, we discussed the History Channel’s upcoming documentary “The Center Seat.” Unfortunately, we didn’t yet know the release date. Well, we’ve got it now, and it’s slated to premiere on November 5th, 2021.

The Guardian of Sometime Later

With STO taking a good hard look in the Mirror (Universe), it’s the perfect time for this one-and-done vessel to stage its comeback. But rather than setting course for the Phoenix Prize Pack or Mudd's Market, Cryptic was all set to sell the Mirror Guardian Cruiser for the standard 3000 Zen in the Zen Store instead.

As part of the re-release, the Prime and Mirror Guardian models were remastered to the current level of fidelity, like we’ve seen for a good number of ships by now. Players who already own the Mirror Guardian will receive these updates for free: just ready your Cruiser, visit the ship Customization Interface, and apply a preset. Both Type 1 and Type 2 hull models will be available, along with the Legendary Federation starship materials.

Now normally we’d remind you to Trek out the link in our shownotes at this point. But we won’t. Because you can’t! On October 25th, Cryptic tweeted that “the release of the Mirror Guardian in the Zen Store has been delayed until December on all platforms,” and they’re “taking down the blog and any past references to it.” We can only guess what kind of skullduggery and intrigue is behind the delay. Because...I mean, it’s the Mirror Universe. There’s gotta be intrigue.

Well, while we’re on the topic of ships, the 10 year old MMO is always striving to improve! Most recently, Ship Artist and FX Artist Ian Richards decided to make an explosive change. The animations that occur as your ship receives damage in the game has been updated–including the grand explosion that happens when yer ship just canna take it anymore! It might seem like a small improvement, but boy is it glorious!