This week on Episode 514 of Priority One: LeVar Burton shares some personal insight in a New York Times interview, there’s a shakeup happening at ViacomCBS, Galaxy Quest might happen as a TV Series; in gaming, Star Trek Online’s summer event gears up!

Several Star Trek alumni have gone on to lead remarkable careers, but one in particular has been such a cultural icon, he is affectionately known as one of the Four Horsemen of Wholesomeness. Like Bob Ross, Steve Irwin, and Fred Rogers, LeVar Burton is an institution not just to his Star Trek fans but to children. In a recent interview with The New York Times’s David Marchese, LeVar opens up about his career and his latest adventure as the guest host of Jeopardy!. 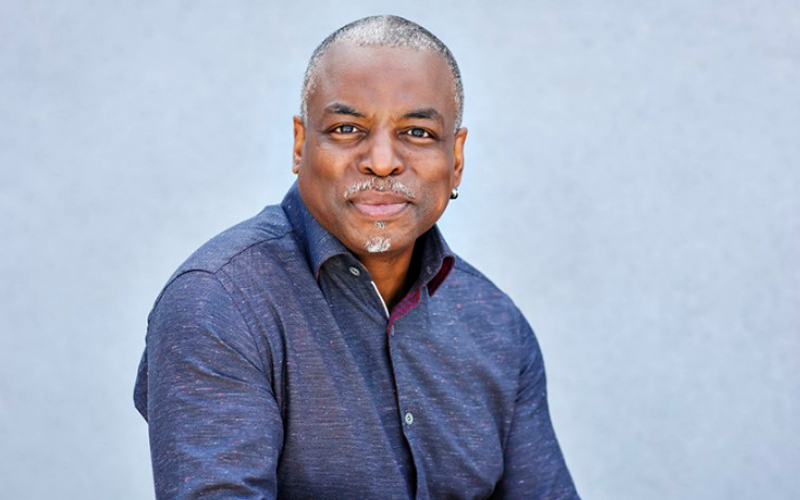 To whom it may concern: you're welcome. Image: Los Angeles Magazine.

The interview is very personal and Marchese asks thought-provoking questions. When Burton was asked why he wants the Jeopardy! gig, Burton replied:

Look, I have had a career for the [expletive] ages. “Roots,” “Star Trek,” “Reading Rainbow.” Won a Grammy. Got a shelf full of Emmys. I’m a storyteller, and game shows are tremendous stories. There’s a contest, there’s comedy, there’s drama. If you don’t know your [expletive] on “Jeopardy!” you’re sunk in full view of the entire nation. The stakes are high. I love that.

And Geordi will be disappointed in you. Do you want that? Do you? Image: Slashfilm.

In case anyone out there was not aware, the Streaming Wars have begun. Now, Comcast is joining the battle. It has been said by “sources” that Comcast CEO, Brian Roberts, has been wrestling with whether to build or buy to become a streaming powerhouse. He’s considering a move similar to how ViacomCBS, Disney and Amazon, have struck mergers meant to supercharge their streaming efforts.

Mr. Roberts, known as an aggressive deal maker in his two decades leading Comcast, has told people close to him that he doesn’t feel a need to seek a merger. But he is scoping out options, and ideas on the table include a potential tie-up with ViacomCBS Inc. or an acquisition of Roku Inc.

Now every network and content provider wants to be a streaming powerhouse, and in an effort to better prioritize streaming, executive teams continue to be reshuffled---including the team at ViacomCBS. Another restructure within the company was announced this week that included several promotions. The new exec team will focus on content groups rather than specific network oversight, with each newly promoted executive having greenlight power in order to keep supplying programming to Paramount+.

The reorg will see ViacomCBS shift from a legacy model where networks had dedicated executives in favor of a structure that puts executives in charge of specific genres across the company. This move is fairly significant for ViacomCBS, since none of the four legacy media companies have similar exec structures.

Fair Use, Or Not So Fair?

There are some new and interesting limitations in place if you want to claim Fair Use as a defense to copyright infringement claims. This week, the Supreme Court refused to review a 9th Circuit's December decision that author David Jerrold and ComicMix LLC's were liable for copyright infringement because their mashup of Star Trek elements with Dr. Seuss's Oh, the Places You'll Go! did not make fair use of Seuss's work. The issue in this case came down to whether the new version transformed the original version enough to be considered fair use, and the court says no, it did not.

Now, a brief lesson in copyright law: if you are a holder of a copyrighted work, you are entitled to protect your work from other people from using it. If someone wants to use your work, then they need to ask permission, which is known as getting a license. However there are situations in which someone does not have to get permission to use someone else’s work, like news reporting or teaching. There are other ways, too - but those are just an example. The thing with fair use is that it is a defense to copyright infringement, so you actually have to get sued first in order to prove that you are not guilty of infringement. If you use fair use as a defense, you are basically saying, “yes, I used your protected work, but my use is an exception to the normal rules.” 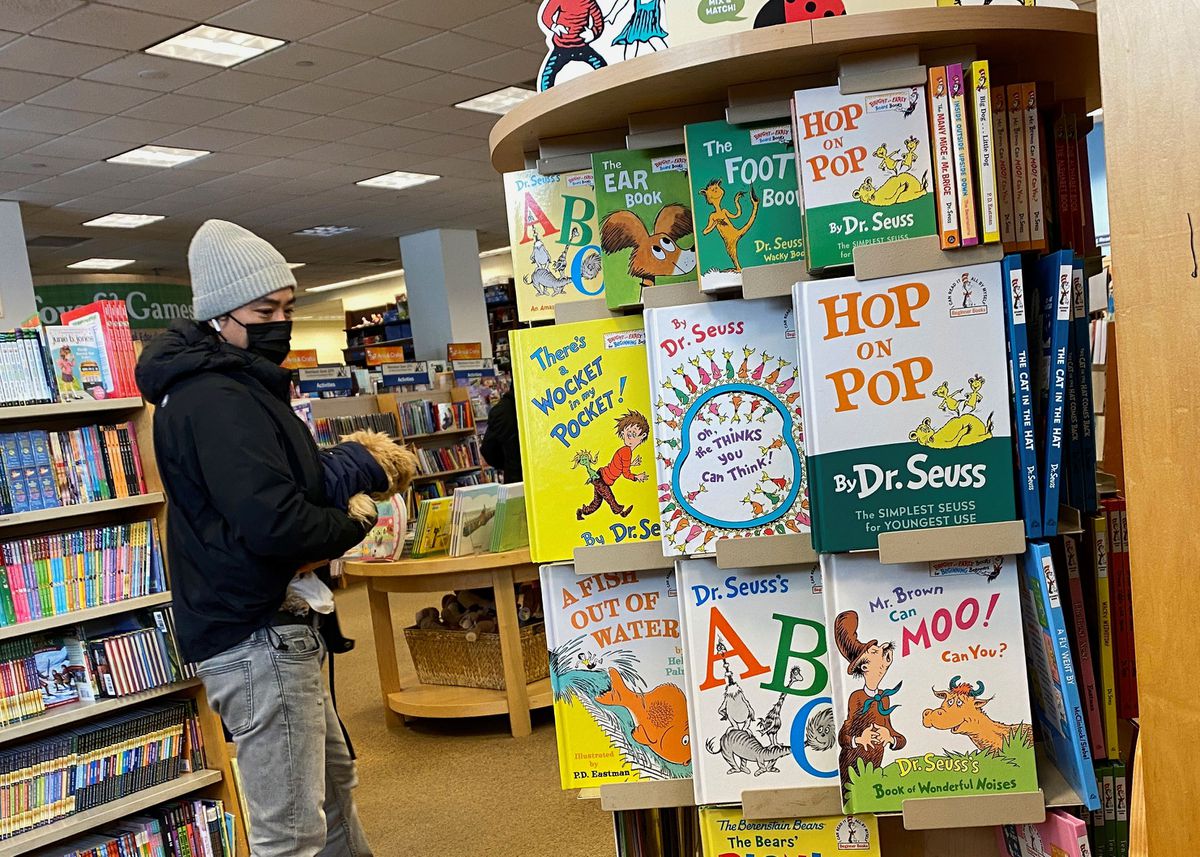 Oh, The Cases You’ll Go (To Court For)

In this case, Mr. Jerrold and the publisher, ComicMix LLC took Dr. Suess’s book, Oh, the Places You’ll Go! and published a version based on Star Trek. Now it’s very clear that the underlying work is Dr. Suess’s book, but the 9th Circuit went through an entire analysis of each element of a fair use defense - which we won’t go into here, but eventually they found that the mashup was copyright infringement because the publisher and author did not give any new context to the original work or the work was not transformative enough. If you’re interested in other case law about fair use, the essential case to read is the “Oh, Pretty Woman” case brought against 2 Live Crew by the publishers of the Roy Orbison/William Dees song [actual citation: LUTHER R. CAMPBELL aka LUKE SKYYWALKER, et al., PETITIONERS v. ACUFF ROSE MUSIC, INC---Ed.].

But Don’t Take Our Word For It

Priority One's legal analysis, as always, is good for educational and entertainment purposes only---for actual legal advice, consult a practitioner licensed in your jurisdiction, and pay for your own content. And if you are planning on using other people’s work in your own creative way, it’s best to err on the side of caution and get a license. Even if some guy on the internet told you it’s fair use. 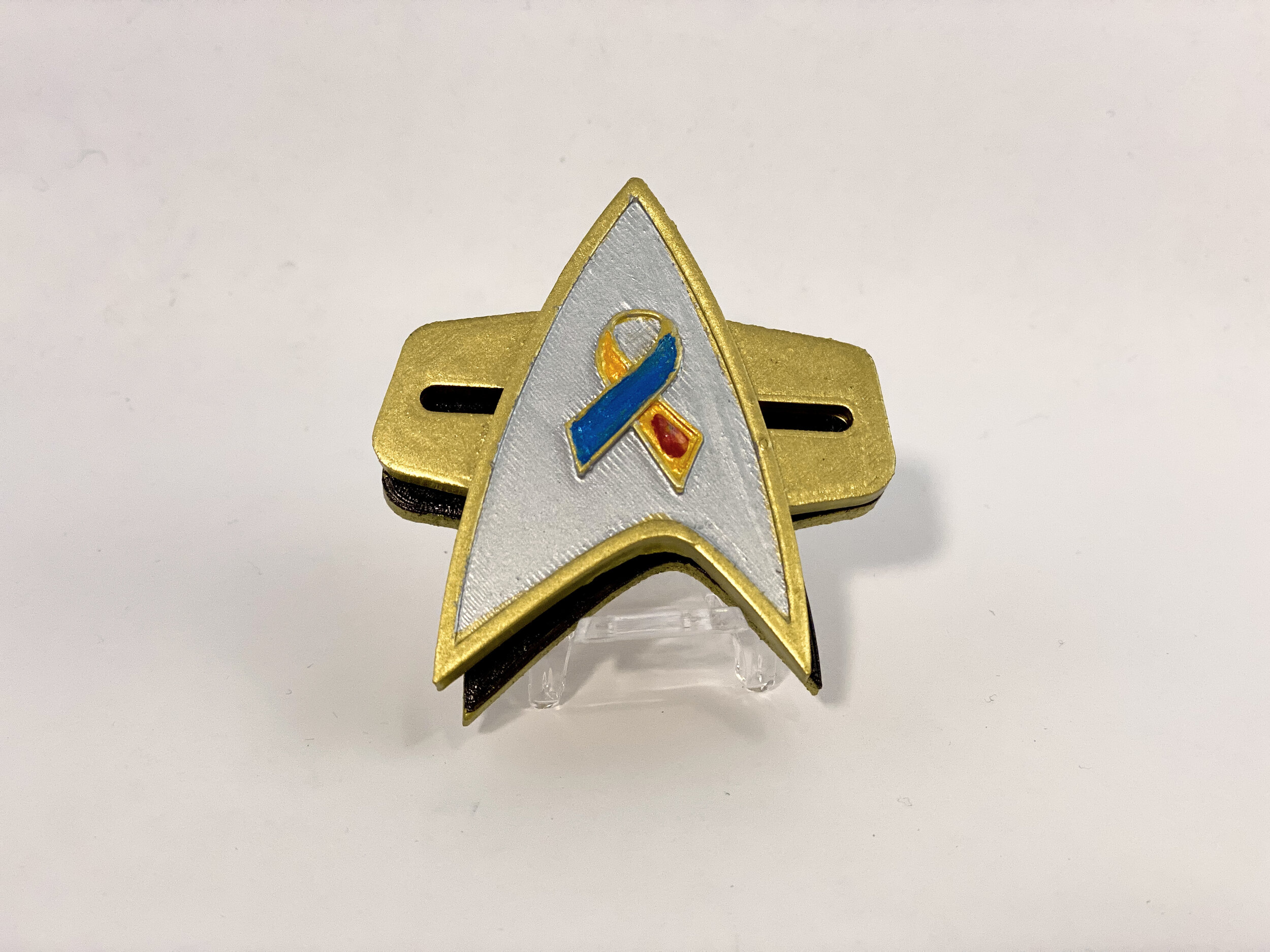 Last week, Star Trek Online announced this year’s Summer Event ship will be the T6 Risian Luxury Cruiser. We now have more information about this upgraded version of the ship. First, this ship features a Lieutenant Commander Universal/Temporal Operative Bridge Officer Seat, and is also equipped with Solar Sails, which allow its Quantum Slipstream Drive to travel at increased speeds for twice as long as normal. 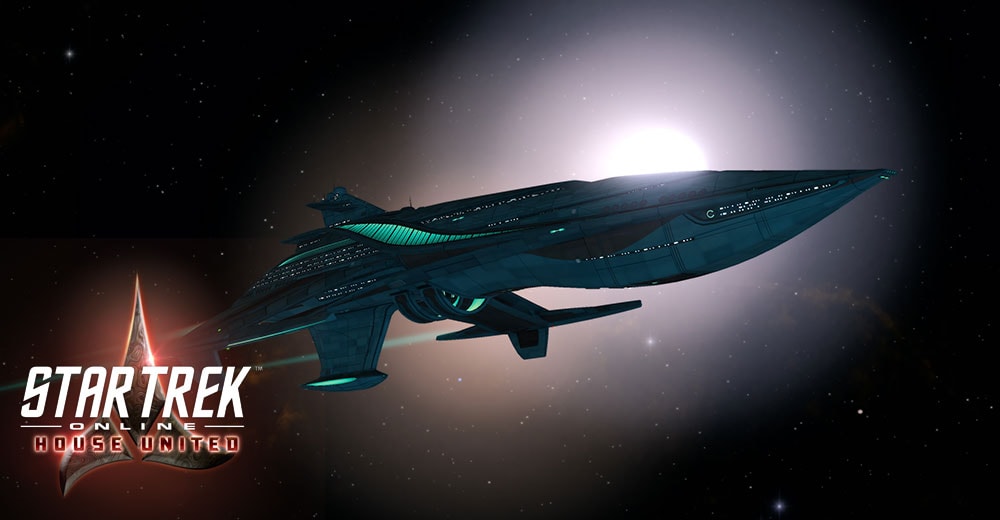 Also, the Risian Luxury Cruiser can be equipped with a Soliton Wave Generator console.  This allows the ship to generate a powerful, but stable, Soliton wave that will draw nearby enemy ships toward the Cruiser and deal minor radiation damage.  During this time, the Soliton Wave Generator is building up a powerful charge that is released after a short time and will damage nearby foes---plus briefly knock their engines offline. This console also provides a passive increase to Current and Max Shield Subsystem Power, and Reduced Recharge Times for Temporal Operative Bridge Officer Abilities.

As befitting a T6 ship, the Luxury Cruiser also has the Leisurely Pace Starship Mastery Trait. While at or below 25% Throttle, Exotic Particle Generators and Control Expertise get a stacking bonus once every 5 seconds (4 stacks max). Once you have at least one stack, activating any Control Bridge Officer Ability will cause up to 5 foes within 5km to suffer a Debuff to their Flight Speed and All Outgoing Damage for 5 seconds. The severity of this debuff is increased by additional stacks of this trait's buff, gained by remaining at Low Throttle. This effect may only be triggered once per 5 seconds.

D.R.E.A.M. (Dilithium Rules Everything Around Me)

A key part of humanity’s future in Star Trek is the end of the scarcity-based economy. Money is nothing and chips are free (on Earth, at least). So to be honest, when we start talking about manipulating currency economies in STO, it feels just a bit weird. On June 25th, the official STO Twitter account acknowledged that the Dilithium Exchange was apparently not showing offers anymore. But rather than a display bug, there was simply no offers to show: “any offer to buy Dilithium is *instantly* filled, leaving nothing to display.”

Cryptic’s solution to balance the economy? Sell more stuff, of course! To sink a lot of dilithium out of the game---fast---Cryptic is temporarily adding ten previously promo-only Vanity Shields to the Dilithium Store. That sweet Section 31 aesthetic you’ve craved for so long? Just drop 280,000 dilithium between now and July 8th, and it can be yours.

SHUT UP AND TAKE MY CRYSTALS. Image: Cryptic Studios.

Cryptic’s goal is to rebalance the economy without raising the dilithium cap, which it reportedly has no plans to do so. On the one hand, that makes this special shield offer feel somewhat like a stopgap measure. Then again, it also makes promo items accessible to players without sacrificing on the altar of RNGesus: something we strongly support.

That brings us to our community question this week:

For years the STO community voiced concerns that Magic: Legends was drawing development resources away from our own big-name licensed MMO. That turns out not to be the case. On June 29th, former STO EP Steve Ricossa announced that Magic: Legends will be shutting down on October 31st. This might not be a surprise given Legends’ troubled development history, rough open beta launch, monetization controversies, and recent lack of player engagement. Still, going from beta launch to shutdown in only seven months is a grim trajectory–especially for those who put so much effort into it. With Legends headed off into the serene sunset, Cryptic simultaneously laid off about 40 people associated with the project effective immediately. Ricossa promises that Cryptic “learned several valuable lessons along the way, and...will use them to improve Cryptic’s future development efforts,” but it’ll be with fewer faces around. 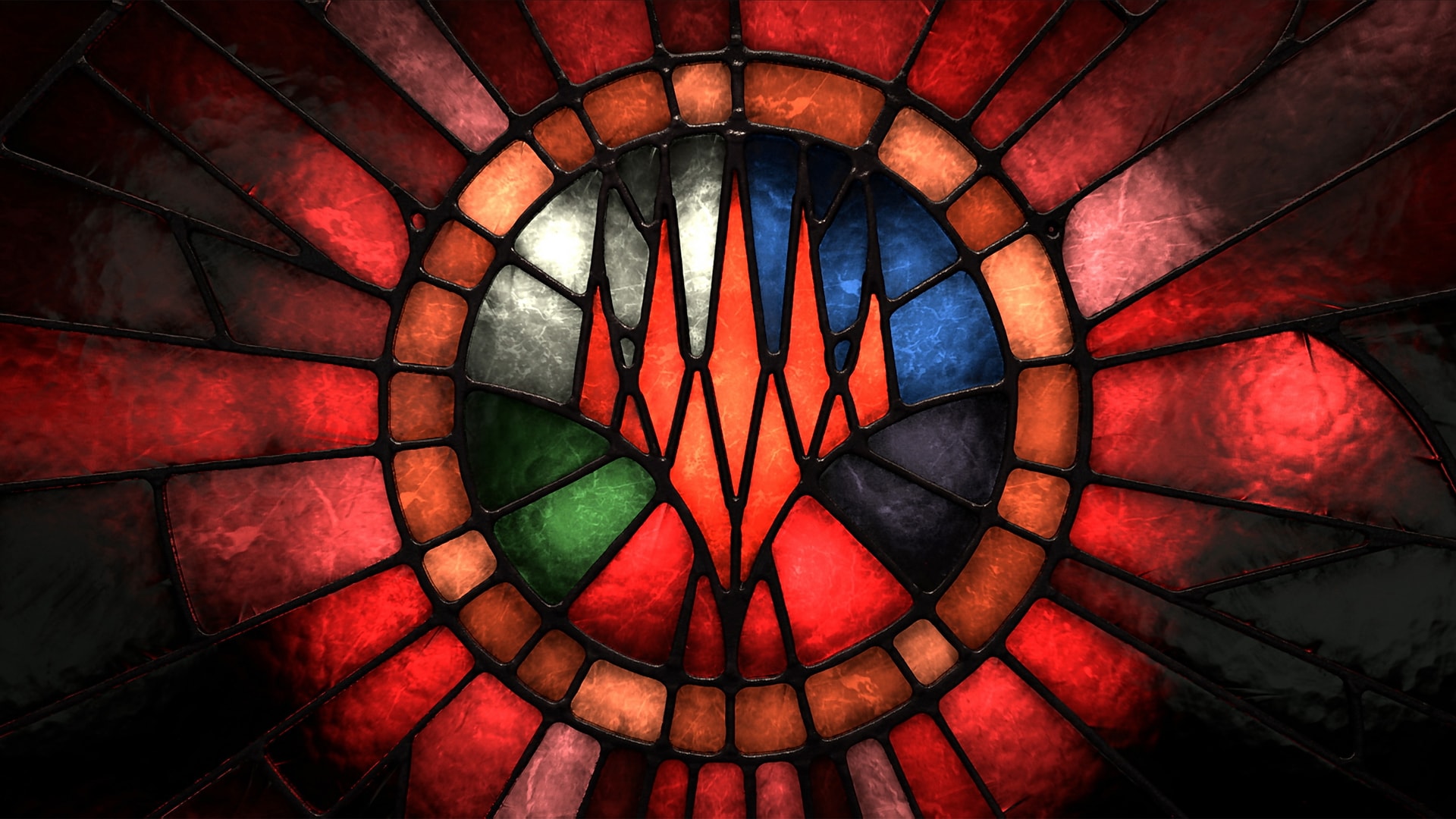