This week on Episode 498 of Priority One: We Trek Out what Spiner has to say about a TNG reboot? A new book featuring Cristóbal Rios is on the horizon. And we’ve learned what the next event in Star Trek Online is slated to be.

CQ: If there was a feature film reboot of the Next Generation, who would you cast as Data?

CQ: What bridge officer traits do you rely on for your builds in Star Trek Online?

Brent Spiner recently sat down with SYFY Wire to discuss a plethora of things from his upcoming book, “Fan Fiction: A Mem-noir: Inspired by True Events,” to what tips he would give to Patrick Stewart on portraying an android Jean-Luc for Picard season 2. Spoiler alert by the way. Amongst the many topics touched upon was one in particular which will undoubtedly provide some Trek trivia fodder. It turns out that before Spiner suggested that he play Dr. Noonian Soong, Data’s creator, a different actor had already been cast in the role. Keye Luke was set to play the part originally. Having a role in the TOS episode, Whom Gods Destroy, Luke is most well known as Master Po from the Kung Fu TV series in the 70’s and as the shop owner who cares for Gizmo in the Gremlins movies. Spiner was unaware that an actor had already been cast and tried to rescind his suggestion afterwards. But the creative team decided to have Spiner play the part and begin building the impressive list of characters and personalities that Spiner would ultimately play. And which of those characters is his favorite to play? ”I always liked playing Lore, because Lore is really more like me than any of the other characters I’ve ever played because I am evil.”  Spiner also credits Michael Westmore with helping him create the character of Noonian Soong. Talking about the Soong makeup, Spiner said, “When he put it on me and I looked in the mirror, I knew exactly how to play the part. I owe him a lot, because I think we collaborated on that.” Later on in the interview Spiner was asked about the future of Star Trek. In addition to enjoying the recent Star Trek movies, Spiner said, “I think that sooner or later, they’re going to do a reboot, a motion picture version of Next Generation, and cast some young guys in our parts.”

If you were a fan of Spanish Han Solo… I mean, Cristóbal Rios -- Captain of La Sirena… then you might want to mark your calendars for August 17th! New York Times Bestseller, John Jackson Miller is taking you on a spicy adventure featuring your favorite tall, dark, spanish drink of water. Based on events occurring PRIOR to meeting Picard and taking on the Synth Plot to rid the galaxy of all organic life, Miller’s book, “Rogue Elements” takes on adventures with ”exotic lovers and locales... as well as dangers galore -- and Rios learns the hard way that good crew members are hard to find”.

For this week's Astrometrics Report, what else could I talk about other than the incredible feat of interplanetary gymnastics, with NASA's Jet Propulsion Laboratory once again sticking the landing by delivering the Perseverance rover to the surface of Mars? There were a lot of happy faces in Mission Control on February 18th, when the "all's well" signals came back from the Red Planet.

You may have a sense of déjà vu looking at this new rover since it bears a strong resemblance to its younger sibling, the highly-successful Curiosity rover. This is no accident: Perseverance is essentially built on the same chassis. When you have a flexible design that's been proven to work, it makes sense to leverage that technology moving forward.

Of course, Perseverance brings a lot of new technologies to bear. NASA's website explains that the mission addresses high-priority science goals for Mars exploration, including key questions about the potential for life on Mars. The mission takes the next step by not only seeking signs of habitable conditions on Mars in the ancient past, but also searching for signs of past microbial life itself. 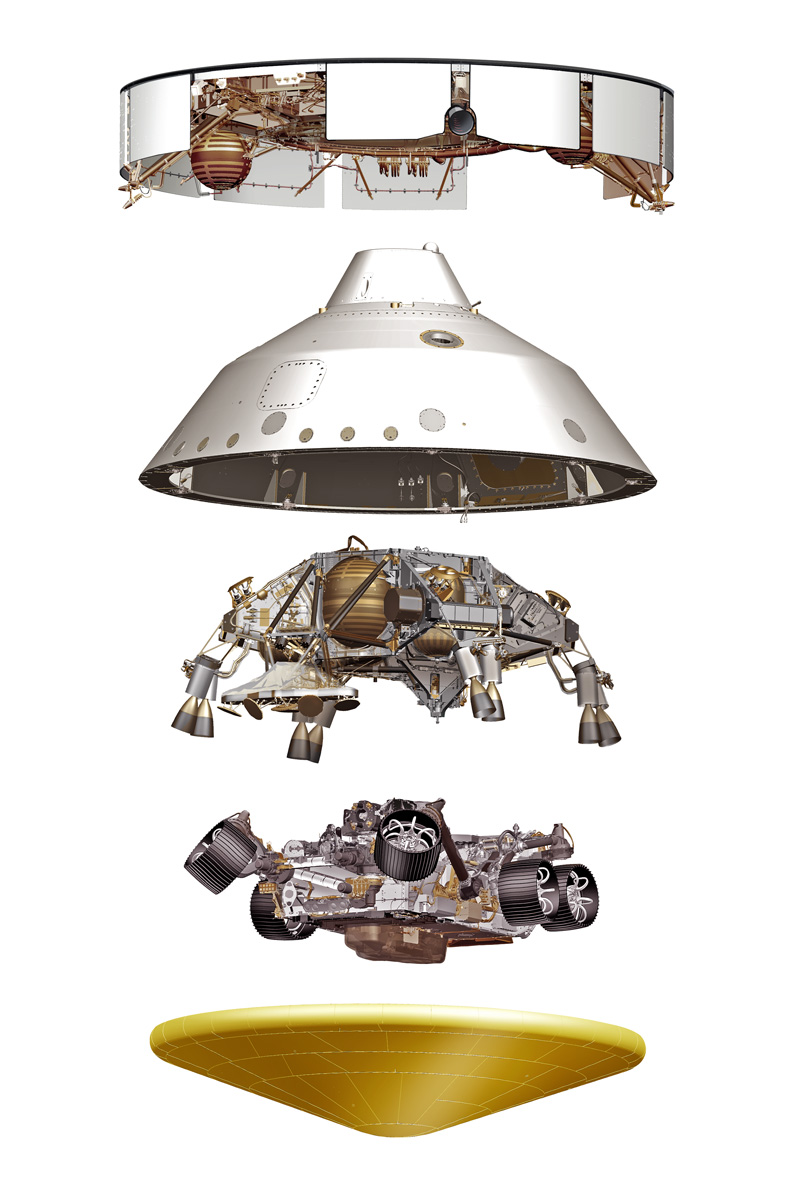 It also provides opportunities to gather knowledge and demonstrate technologies to address the challenges of future human expeditions to Mars. These include testing a method for producing oxygen from the Martian atmosphere, identifying other resources like subsurface water, improving landing techniques, and characterizing weather, dust, and other environmental conditions that could affect future astronauts living and working on Mars.

Personally I'm most excited over the Ingenuity Mars Helicopter, a technology testbed to pave the way for more flexible aerial explorations of our neighboring planet. Building a drone for Mars is not trivial: when the surface pressure is only 1% that of Earth at sea level, you have to crank out a lot more lift than your typical off-the-shelf drone. Everything we learn from Ingenuity's performance will help us design a new generation of flying laboratories that can be sent to Mars and other places in the Solar System.

But if you just want to watch something cool, another mission first includes actual video document of the descent and landing. This is the first time we can see the mind-numbing complexity of the landing sequence directly, instead of relying on visual effects simulations. Adding the diagnostic cameras did cut into the tightly-controlled weight budget for the mission, but it will give engineers lots of insight to how well the technologies are performing...in addition to giving us a great show.

Perseverance has already sent back an incredible panorama of its landing site within the Jezero Crater, and even recording what the surface of Mars sounds like. Scientists think that about 3.5 billion years ago, Jezero Crater was actually a lake before Mars lost most of its atmosphere and surface water. This was identified as an ideal place to look for any hints that Mars could have harbored life early in its history. There won't be any quick answers here, but the instruments on Perseverance are well-suited to study the geological clues in this exciting new locale.

Make sure to keep an eye on NASA's website in the coming months to see what Perseverance learns.

The 11th Anniversary celebrations are over, captains. So now it’s obviously time for another grind. As first seen in an unintended Ten Forward stream leak, the next STO event is a 3-week Voth Advance reprise, from February 25th-March 18th, probably following the daily-TFO-for-14-days format. Players can earn Molor’s Flaming Sword by completing either “The Breach” or “Storming the Spire” daily during the event. This round of the Voth Advance also starts off the third of STO’s popular Event Campaigns. But will it be worth the fatigue this time around? The grand prize for 2021 is either 1500 Lobi, a T6 Zen Store ship, or a Premium T6 Starship Choice. So I’d say yes, yes it is. Read more about the event in our shownotes. 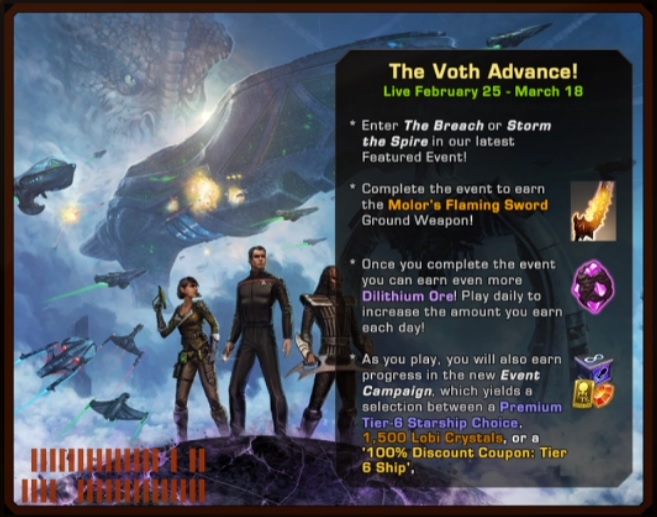 Bridge crew: even if they aren’t doing kick flips all the time, they’re an essential part of any Star Trek story. They tap consoles, tap each other, and help the audience tap into each show’s heart and history. And sometimes, we even learn their names! Although maybe it takes until Season 2 to get there.

In Star Trek Online, your bridge crew serves another purpose beyond away parties and eye candy. As your species, career, and lockbox luck give you stat-improving traits, boff traits improve your captainly effectiveness too. Some are useful in very, very specific situations. Nelen Exil --- HE gets knocked down, then he gets up again, so they’ll never keep him down. Might not sound useful to your phaser-basted corpse, but a team medic who isn’t one-and-done isn’t a bad idea.

However, the most highly-prized boffs offer traits for space combat and ground. Everyone–not just DPS chasers and PvPers–should look around their bridge and ask if they’re truly getting peak performance. Space traits won’t make-or-break builds, but don’t leave weapon crit bonuses and hull regen buffs on the ready room table. We asked...well, solicited…alright, pestered the P1 production crew to share space boff traits they prefer on their builds. We’ll discuss a few here for your listening pleasure, with the full list in the shownotes. 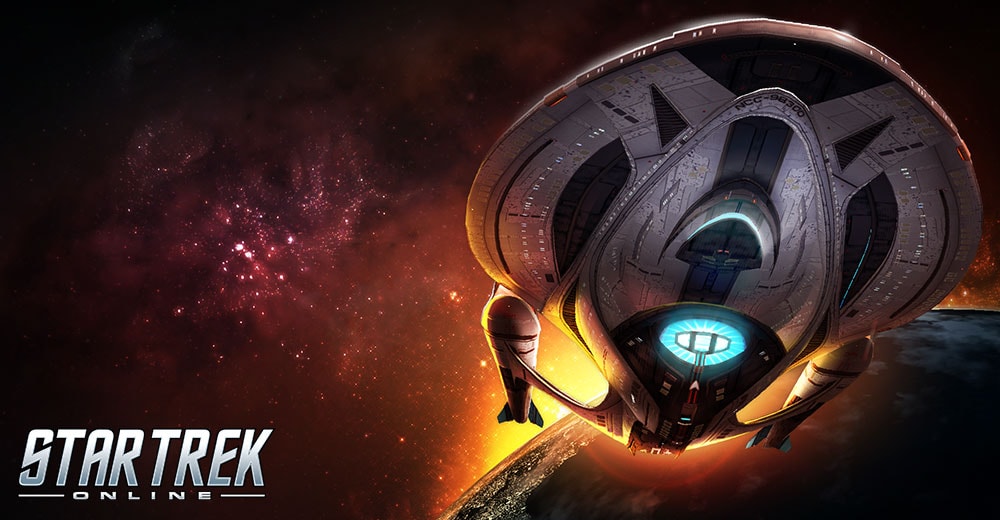 Over in the mobile world of Star Trek gaming, Star Trek Timelines has added a new feature to help players retrieve specific crew members for their collections. Timelines is a game where you collect crew members from all the various timelines and time periods of Star Trek, assemble them on a team, and battle against mission requirements. It’s pretty much Star Trek: Pokemon. There are several rarities of crew members and it can sometimes be frustrating trying to collect that one specific character you need to complete your collections. Well, Tilting Point, the relatively new owners of Star Trek Timelines, has released a helpful, yet somewhat complicated new system. The Crew Retrieval system. The scan feature, which is not new, is used to gain random items throughout the day. Scans were free every 3 hours. Now, scans cost a new currency called ISM or Interstellar Medium. And each scan result not only grants you a random item, but also gives you a chance to gain a constellation. Every time you scan without gaining a constellation the chance you’ll get one on the next scan increases. So, what do you do with constellations. Well, using more ISM you can open constellations which will grant you Polestars. What’s a Polestar you ask? A Polestar gives you the ability to narrow down a single variable to reduce the pool of crew members from which you’re trying to retrieve. These variables can be a skill, a trait, or a rarity. Once you’ve set up to 4 polestars you then spend credits and, you guessed it, a NEW type of currency called Quantum, to retrieve your crew member. If you’ve narrowed it down enough it might not be a random pull. For example, let’s say you’re looking for Grand Nagus Rom, he’s a 5 star rarity, has the traits Ferengi, Diplomat, Politician, and has the skills Command, Diplomacy, and Engineer. So you could use a Polestar for rarity 5-star, a Polestar for the Ferengi trait, one for the Politician trait, and one for the Engineer skill. That will hopefully narrow down the pool to just Grand Nagus Rom. Then spend your credits and quantums and see what you get. When a Polestar is pulled from a constellation it already has a specific attribute. Either a specific rarity, trait, or skill. So you’ll need to find the right ones if you’re looking to zone in on that specific crew member.
Star Trek Timelines is available in the Google Play Store, Apple App Store, Steam, Facebook, and Windows App Store. 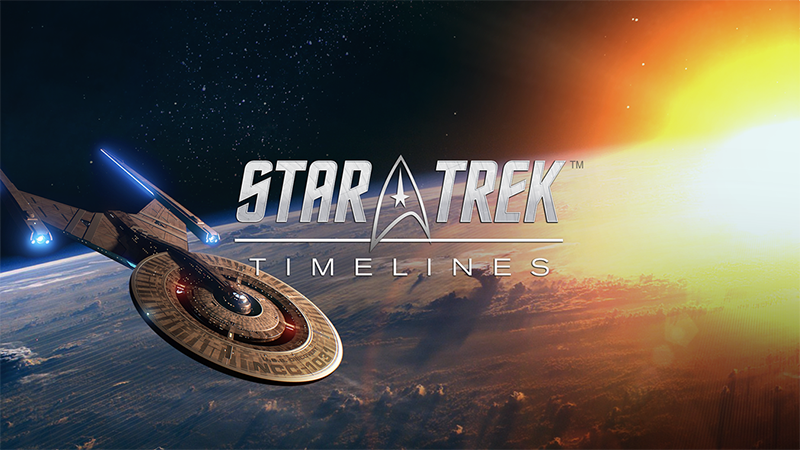