This week on Episode 495 of Priority One: We Trek Out what Brent Spiner is currently working on, how much of a Trekkie Robin Williams is, and Michael Chabon expands the universe with a dive into Free Cloud. Then, we continue our coverage of Star Trek Online’s 11th Anniversary with an interview featuring Design Director Al “CaptainGeko” Rivera!

Over the history of Trek-dom, there’s been an exceeding long list of guest stars on Star Trek. Who’s your favorite Star Trek guest star? Mine is [Iggy Pop]. The crew of Voyager named some of theirs during a recent virtual GalaxyCon panel. Who made the list? In no particular order, Johnathan Rhys-Davies who played Leonardo DaVinci, Sarah Silverman showing up as a 20th century astronomer from Los Angeles, Jason Alexander and his big brain, and who could forget Dwayne ‘the Rock’ Johnson cooking up some gladiator-tights action.

But what about those guest stars that never were? Robert Picardo said that he lobbied the writers pretty hard to get DeForrest Kelly onto the show, but unfortunately Kelly’s health was failing and he was not well enough to perform.

Also, some of you may recall that Robin Williams was a big fan of Star Trek, but you may not know that Neelix was one of his favorite characters. During production of Voyager, Williams was filming the Birdcage on the same lot and had a lovely encounter with Ethan Phillips. As Phillips recounted, “He sees me and goes, ‘Oh my God, Mr. Neelix!’ Then he does this whole routine about what it’s like to be a chef in outer space. ‘The eggs are floating, the pancakes are getting too big!’, a Robin Williams schtick. I had a private performance for like a minute and it was really funny. Then he came up, gave me a big hug and said, ‘I love your character, sir.’ Such a sweet, sweet man. I’ll never forget that.” If there’s ever a Star Trek actor who never takes themselves too seriously, it’s Brent Spiner. Those of you who have had an opportunity to see him on stage at a convention know that he’s a showman!... And even when he’s not supposed to be on stage, he manages to surprise his Star Trek colleagues with a cameo appearance.
Well, even though he may have retired from the character of Data on Star Trek PIcard, Spiner is still willing to take us on an adventure… of his life! Whether via a web series like his 2011 Fresh Hell… or last year’s musical Brentwood, Brent Spiner knows his fans love him and will keep coming back for more! So, in keeping up with demand, Spiner has a announced a new book he’s working on titled, “Fan Fiction: A Mem-Noir: Inspired by True Events”
In an exclusive interview with ScyFy Wire’s Vanessa Armstrong, Spiner describes the book as “a little bit of this and a little bit of that, but it's primarily fiction. There are slices of my own life in it, and then there are also people I have known…it's a mashup: It's a thriller, it's a comedy, it's a dark comedy. And it's partially a memoir, but none of it's real, really, even though a lot of things actually happened.”
Unfortunately, according to the article, which parts of the story are true and which are false will be a closely guarded secret.

One of the whistle-stops on the Jean-Luc Revival Tour in Season one of Picard was a hotbed of commerce, villainy and bar gunfights. What we saw on screen was an easter egg filled skyline and two interior sets. But what you didn’t see was a whole 200 year history of a planet on the edge of known space. Straight from the notepad of Season one showrunner Michael Chabon, we bring you a full tourist guide to the anarcho-existentialist enclave known as Freecloud.You want geography? Its got a single continent surrounded by a mountain range which is in turn surrounded by a single ocean so wild you can only travel it by submarine. You want weather? Get a load of the full range of an M-class world, from polar caps to tropical jungle with mega-hurricanes and a monsoon season. You want history? Check out its tenuous neutrality, tacitly enforced by the Klingons, Romulans and Federation due to its status as a criminal, corporate and smuggling hub. You want politics? They’ve got a five sentence constitution and no organized police force… but every “Freec” aged 16 and up is a member of the militia. Basically for life.

It’s a fun bit of world building that will no doubt make its way into every Star Trek Adventures tabletop RPG, either as a campaign setting or mission hub

This Bundle Goes Up To Eleven (And Then Some)

Captains, it might feel like we were just discussing the 10th Anniversary Legendary Bundle(s). It certainly does feel that way here at Priority One, at least. But STO’s racked up another year on the Final Frontier, and the game’s celebrating with the 2021 Legendary Bundle. Cryptic continues its tantalizingly slow roll-out of the Bundle’s four ships, so we’re holding detailed coverage until all is revealed in time. We do know this year’s Legendary Bundle comes in one tier and is largely composed of consumables, services, and items. We also know it will sell for a (discounted eighteen thousand, seven hundred and fifty)Zen from February 18th to March 4th. After that it reverts to its regular (twenty-five thousand)Zen price, so scrape them nickels and hit the dabo table. The Legendary Bundle isn’t just a purchase, it’s an  investment. 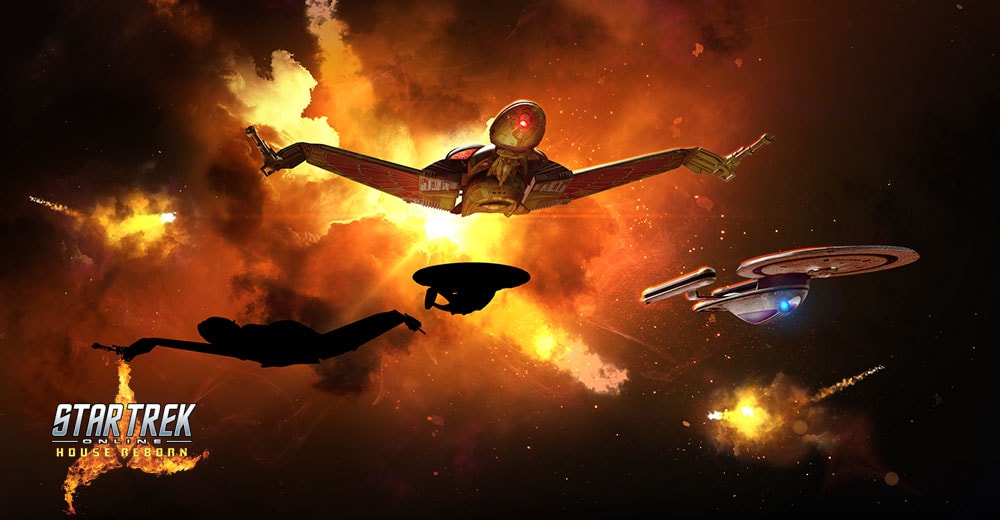