This week on Episode 481 of Priority One --- We ‘Trek Out’ a Frakes facts feast from friends, Stewart’s Sonnets sayonara, and Kathrine is the Kid’s Captain! In Star Trek gaming, we’re joined by Star Trek Online’s Community Manager Mike “Ambassador Kael” Fatum to discuss all of the goings-ons in the Star Trek Online universe!

CQ: Have you played Crypto Space Command and if so, have you invested in those Star Trek Auctions? If so, what ships did you get and how have you enjoyed the final frontier in CSC

Last week, on episode 480 of Priority One, we brought you an interview from Trekmovie.com with the ever-entertaining Jonathan Frakes. As we noted at the end of the story, Trekmovie promised more with the Actor/director - and they delivered! Prepare yourself for a trek-nugget feast.

First, Frakes spoke about Picard season 2 - noting that he expected to start shooting in January - before admitting,in regards to story ”I don’t know what the plan is for season two.”. BUT, he did have some interesting news about Riker’s appearance in season 1 of the series, telling Anthony Pascale of Trekmovie ”So I was directing episodes four and five. The nightclub episode and the one with the nuns [...] And there was no mention of this “Nepenthe” story, which ended up being episode seven. Then somewhere late in the shooting of those two episodes[...] they called and said, “What do you think about doing this?”[...]But it was not part of the plan. When they broke the season, there was no Rikers-in-the-cabin thing. It happened somewhere during a re-break..” 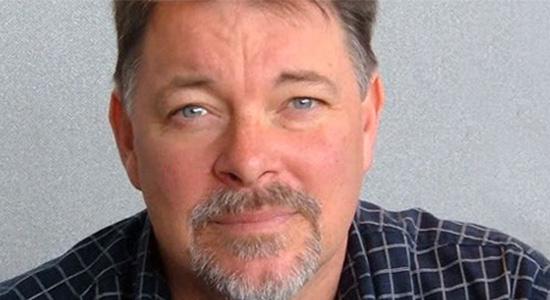 Later, Frakes was asked about directing future trek series, including Short Treks. When asked to pitch an idea for the short-form series,  Frakes replied ”I was just about to say musical. I’m dying to do something in that world anyway, ever since Maurice Hurley, who was our showrunner briefly on Next Gen, took me to lunch and said, “What do you like?” I said, “I like jazz. and I like baseball and I play the trombone.” The next thing you know there I was in the holodeck with Minuet. I think that a musical, especially in a Short Treks, would be spectacular. I think it’d be wonderful.”

While Frakes expressed interest in directing Strange New Worlds, he admitted to knowing nothing about the series  - BUT he DID shed a little light on the oft forgotten Section 31 series. ”I actually had Boey [Yeon Kim] and Erica [Lippoldt] with me on The Ready Room with Wil Wheaton because they wrote 303 of Discovery and they’re very optimistic. But obviously, it made sense to the network to do Pike’s show before Section 31.” 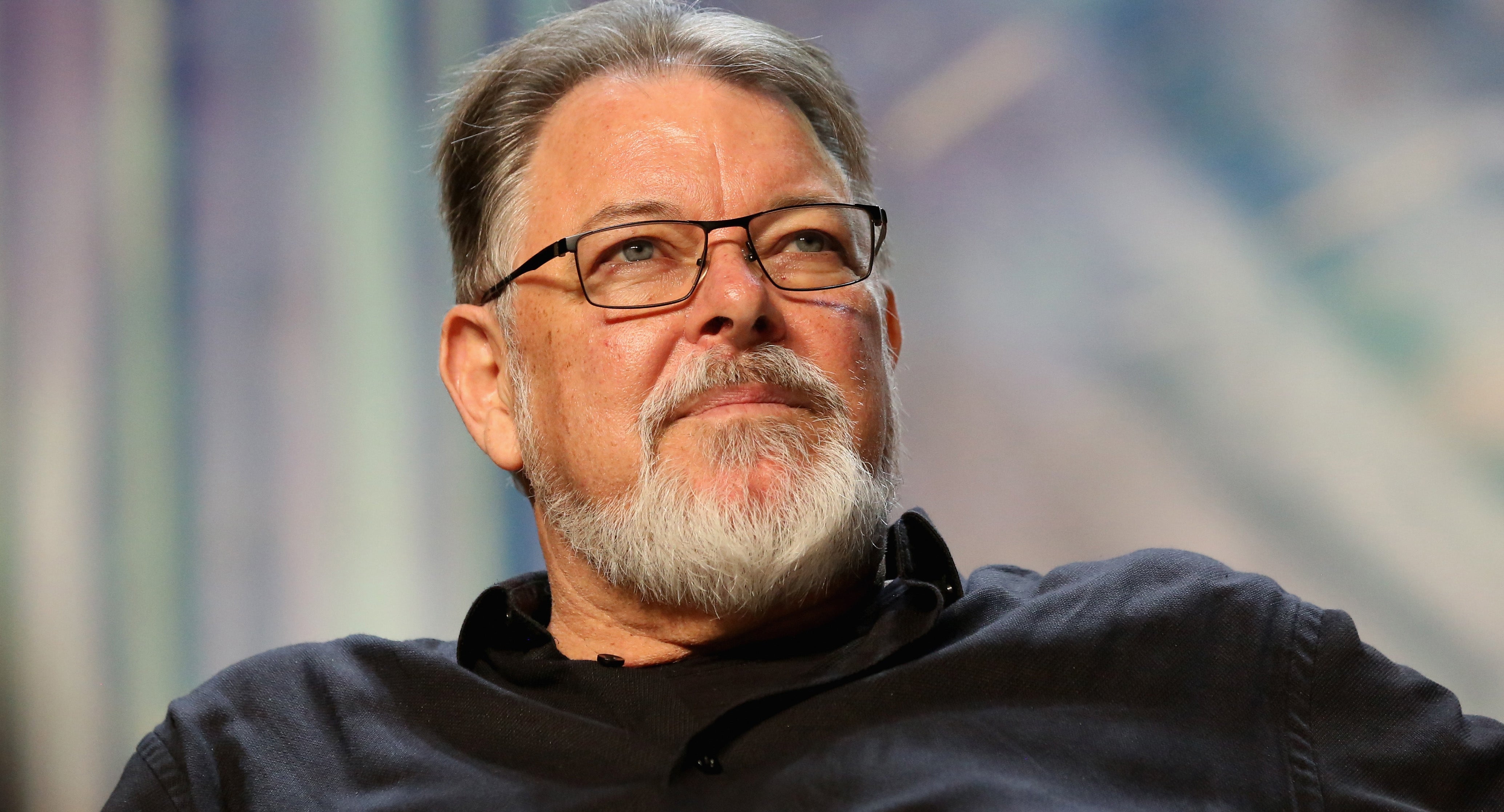 In it’s next installment, Trekmovie spoke to Frakes about directing “Sub Rosa”, and his thoughts on “Code of Honor”. In regards to the season 7 episode Sub Rosa, of which Frakes directed, he reflected on how he approaches sub-par scripts ”my philosophy [...] is ‘I’m going make the best version of this show that I can make.’ There’s nothing gained by admitting ‘Oh, my God, this story doesn’t make any sense. This is ludicrous.’ [...] If you take those notes to the producer of the show and point them out more than once, as I have done, and that producer or showrunner doesn’t feel the same way, then you’ve got to suck it up and make the best episode you can make.”.

Frakes was frank about “Code of Honor”, echoing many fans sentiments when he said ”I think they should take it out of the [streaming catalog]. I think it is a great time to make that kind of – as small as it is – to make that kind of a statement would be fabulous.[...]Maybe it should be included with an appropriate statement of reason. A proof of concept. This is not who we are. This is not what we stand for. It’s an embarrassment to the franchise and Gene [Roddenberry] would want us to do this. Something like that.”

Sir Patrick Stewart is a gift to humanity. He proved it once again on his social media channels when, at the start of the pandemic, he began reciting Shakespeare’s sonnets. The sonnets started at the behest of Stewart’s wife, Sunny Ozell, and quickly became a shining light in dark times. But, as we trekkies know “All Good Things…”

This week, on October 3rd, Stewart read sonnet 154. From his twitter post ”Sonnet 154. The final one. Here's to everyone who has been so kindly watching and listening to these sonnets. We never expected anything like this and we appreciate it enormously. Thank you! #ASonnetADay”

Sir Patrick wore a black tuxedo and sipped a martini - and also showed off a beautiful bookmark. Trek out the link to his tweet in our show notes.

A few weeks ago, we covered the news that CBS All Access would present a panel during ReedPop’s Metaverse Event --- a virtual event taking place in lieu of New York Comic Con. Well, the four day virtual event began Thursday, October 8th … and on noon/eastern that day, Star Trek took the virtual center stage.

The hour-long video included three panels: First was a discussion with the Lower Decks cast and crew moderated by Wil Wheaton. That panel, we’ll save for next week since it contains spoilers for the season finale of Lower Decks

Following Lower Decks was a Star Trek Discovery Panel that featured several actors from Season 3. During the segment, the actors shared some information about the emotional and mental state of their characters after having jumped over 900 years into the future. We were also given the opportunity to meet Ian Alexander and Blu Del Barrio. And, although they couldn’t go into too much detail about their characters, we at least had an opportunity to get to know them as actors.

Last, but certainly not least -- the BIG announcement that exploded all the social medias --- Kate Mulgrew is returning as Captain Kathrine Janeway for the Nickelodeon Star Trek Animated Series: Prodigy. Although, this part of the panel was short in comparison -- and no clips or trailers were debuted -- We heard from Kate as to why she decided to jump on board… let’s hear what she had to say:

The Year of Klingon continues as the Empire marches into civil war. Another one. Honestly, you could set a ship’s chronometer to their societal collapses… cliodynamics and all that jazz…  But as alliances shatter in a storm of intrigue across the quadrant, one question remains paramount. Nope, not what it means to remain Klingon, but are we getting new stuff?
The Widening Gyre event started on PC, October 6th and ends Nov 5. In that time, you need to run the newest Featured Episode, “Partisans” OR the new TFO, “Synth Wave” at least once per day to earn the Imperial Rift ship equipment set. Equipping pieces of the deflector-shield-engine-core-set buffs a bewildering array of ship stats, including exotic damage, energy weapon damage, and control expertise. However it also unlocks the devastating Weaponized Mycelial Emitter, putting J’ula’s devastating doom shroom power in players’ hands. 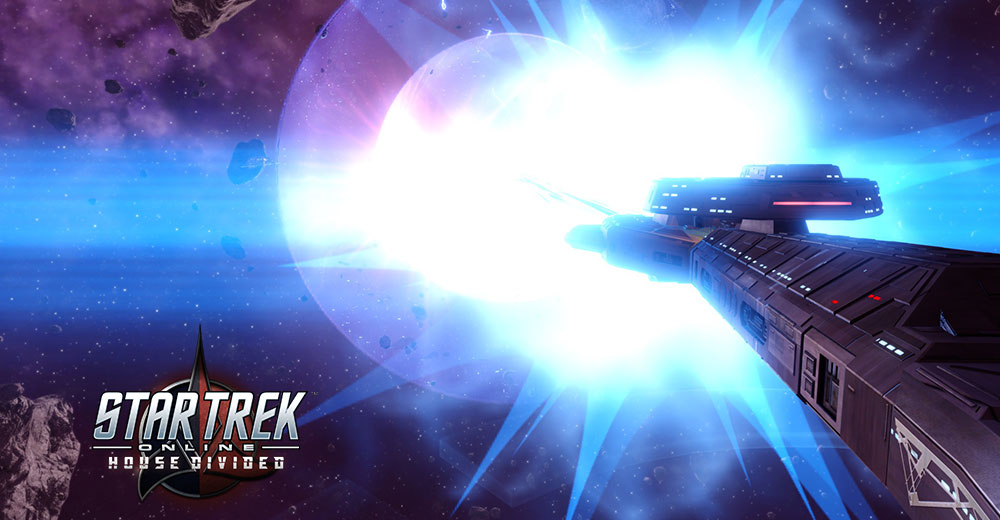 Well, that’s segways nicely into the next piece of content to drop this Tuesday….
April 5th, 2385 (for anyone still hung up on the human Gregorian calendar) will always be remembered as the day Mars burned. The synth attack on Utopia Planitia mystifies and disturbs galactic society to this day, and the Khitomer Alliance is taking steps to ensure it never happens again.The new “Synth Wave” TFO, now on PC, puts captains in a holographic simulation of Mars’s desperate defense (similar to the Battle of the Binary Stars). Of course, the outcome is inevitable. But if the Alliance can learn anything from this tragedy, then 92,143 Federation citizens will not have died for nothing. 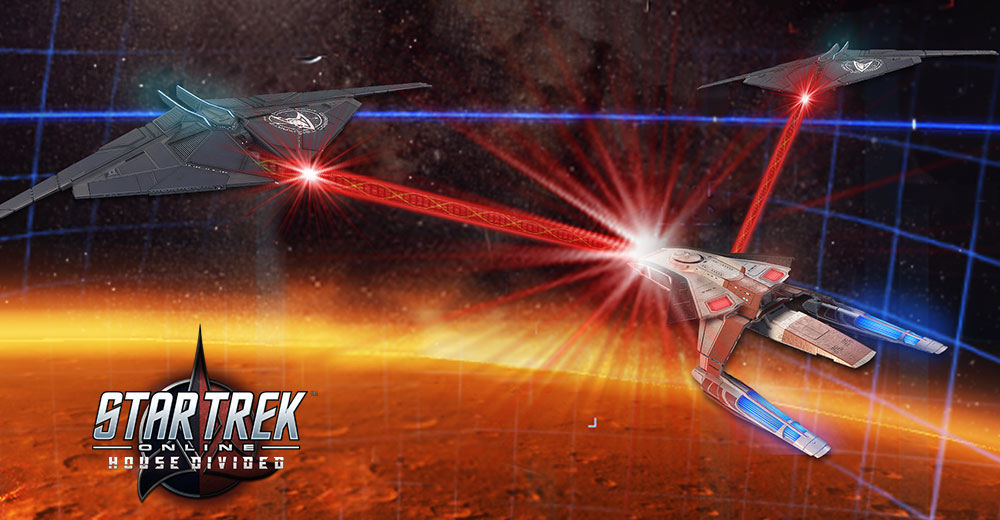 Do you wish your T6 Juggernaut could have that New Ship Smell again? Well, Star Trek Online has something better than a pile of air defresheners: available starting October 6th, the new Experimental Upgrade token will add a universal console slot, device slot, and active ship trait slot to whichever T5-U or T6 ship it’s applied. Once you do that, the upgrade will be freely available for all ships of that type on your account. Each token will sell for 1000 ZEN, or in bundles of 3 for 2000 ZEN. But from October 6th through November 5th, players can receive one free token for their account. This summary merely scratches the surface of this new addition, and reading the full post is highly recommended (link in our show notes). 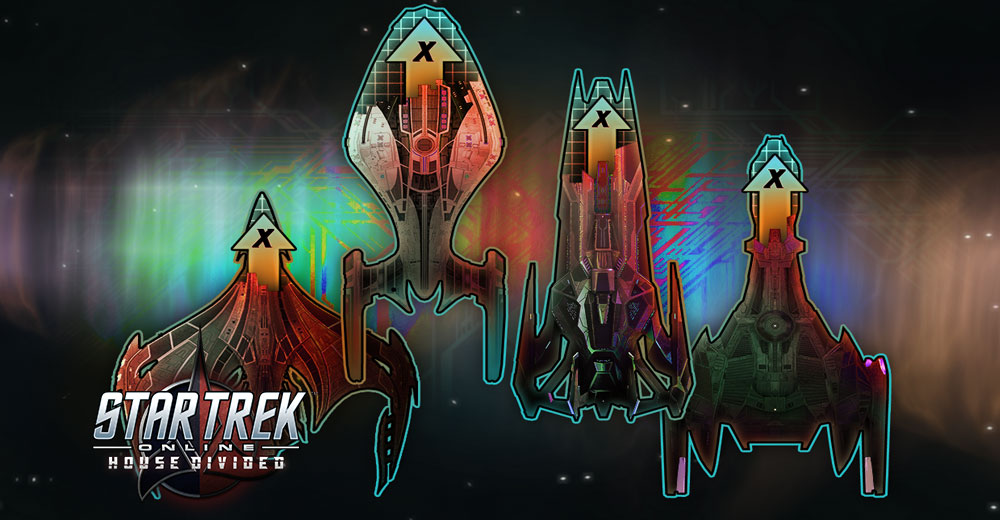 Bust out the knives, agonizers and goatees, because STO’s latest Infinity Lockbox Ship is taking us back through the Mirror. Now available in the Infinity Lockbox, the T6 Mirror Warship is based on the Constitution-class U.S.S. Defiant as seen on computer displays in Star Trek Discovery. This warship sports a 5/3 weapon layout and a heavy Tactical focus, including a new “Terran Goodbye” starship trait. It also sports two Commander level bridge officer seats. 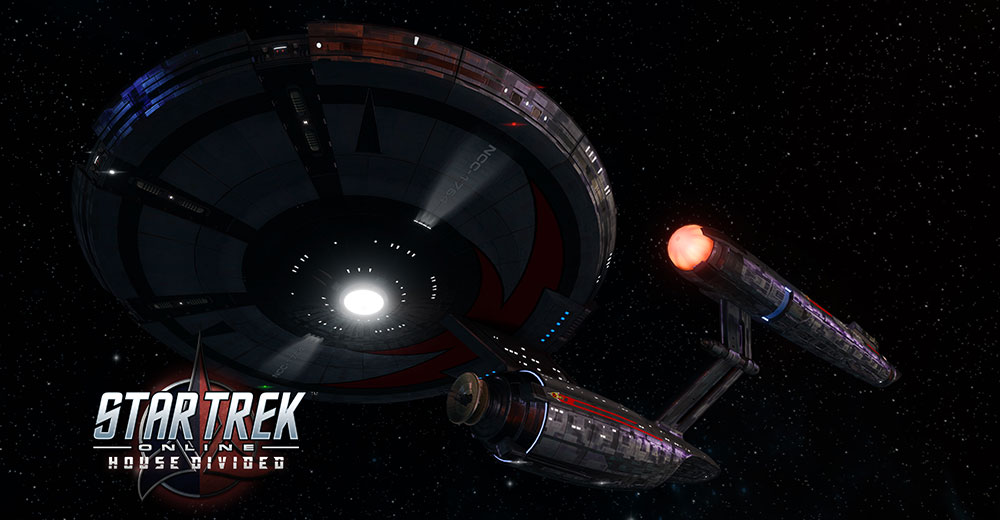 Crypto Space Command: Discovery Is Off The (Block)Chain

Crypto Space Command’s 6-week crossover event with Star Trek: Discovery winds to a close on October 15, as the show’s third season launches on CBS All Access. And in the event’s final days, bidding on event-unique ships continues at a feverish pace. Two ships remain on the block: At the time of this recording the U.S.S. Yeager - which will close on October 8th -- is presently bidding at $19,000.00, and bidding on the U.S.S. Discovery itself will start by the time this episode drops on October 9th. Other ships in the event have sold from between $580, to almost $7,000. If you’ve placed bids on these ships, or even won one of them, then please reach out to us at incoming@priorityonepodcast.com. Because we have, like, just a ton of questions.